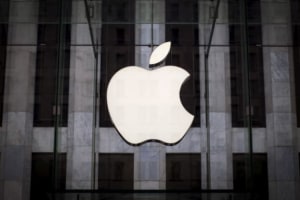 Industry bodies unite against Apple
Some of the biggest industry advertising watchdogs in the US say Apple will “sabotage” the current economic model of the internet with its plans to incorporate cookie-blocking technology into the new version of Safari. According to AdWeek, six trade groups, including the IAB American Advertising Federation, the Association of National Advertisers, the 4A’s and two others, are “deeply concerned” with Apple’s plans to release a version of the internet browser that overrides and replaces user cookie preferences with a set of Apple-controlled standards. The 'Intelligent Tracking Prevention' limits how advertisers and websites can track users across the internet by putting in place a 24-hour limit on ad retargeting. Apple first announced the news in June.

See the Open Letter from the Digital Advertising Community here.

Ad tech boss warns sector
President of ad tech firm AppNexus, Michael Rubenstein, has said the major threat from Google, Facebook and other ad tech companies taking advertising money from the sector is a huge issue and could spell serious impactions – and even the death of the local media sector, if changes don't happen. According to the AFR, he said brands should demand 80% of their dollar goes to the publisher. If companies don't take the threat seriously, then there “may not be a home grown Australian media sector five years from now”, he said.

ABC and Netflix to create international political thriller
Specialist television production company Screentime has been commissioned by Netflix and the ABC to produce a six hour drama series entitled Pine Gap. Created by showrunner Greg Haddrick and co-writer Felicity Packard, the international political thriller is set in and around the enigmatic US/Australia joint defence facility situated in central Australia. With major support from the South Australian Film Corporation and the South Australian State Government, Pine Gap will commence pre-production in Adelaide in November and will film across multiple locations in South Australia and the Northern Territory in 2018. Pine Gap brings with it “a multi-million dollar investment in the State and significant job and career opportunities for our world-class crews”, with nearly 100 local crew joining this production.

Wine brand creates show about its own wine
Australian wine producer Penfolds has partnered with National Geographic to create a digital series ‘A Story in Every Bottle’, in order to unearth stories behind rare wines from around the world. As the start of a long-term collaboration, the series showcases a diverse collection of personal memories and connections ranging from births, marriages, friendship and life. To connect with collectors and uncover personal moments and human tales entwined within the wines, National Geographic travelled together with Penfolds to Adelaide, Sydney, London, New York, Vancouver and Hong Kong. While each wine is from a different part of the world, the stories share a common Penfolds thread in that they are connected to memories, occasions, love and friendship.