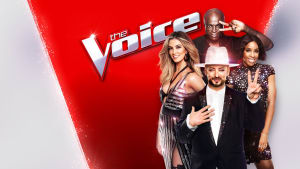 Fairfax Media is cutting 25% of its metropolitan journalist staff in an effort to help save $30 million across its Australian newspaper operations. The cuts are equal to 125 full-time jobs across The Sydney Morning Herald and The Age. Fairfax journalists on Twitter say Australia’s oldest publisher is offering voluntary redundancies at its metro publishing business. The cuts come as regulators rejected a proposed merger between NZME and Fairfax Media’s kiwi operations.

Fairfax Media to cut $30 mill. 125 staff to go across all mastheads, contributors to be reduced. No indication of takeover says Sean Aylmer.

MasterChef dips below a million for second episode

The second episode of Ten's MasterChef, which saw 12 contestants vying for one of three aprons, pulled in an audience just shy of a million, with 913,000 viewers. MasterChef's premiere on Monday saw an audience of 1.06 million. Nine's The Voice last night saw 1.1 million viewers tune into its sixth blind auditions episode. The first six episodes of The Voice are averaging at 1.15 million viewers, down roughly 14% compared with the 2016 season. House Rules, Seven's 7.30pm show, drew in 788,000 viewers for its second episode. Overall Nine won the night with 22% of audience share.