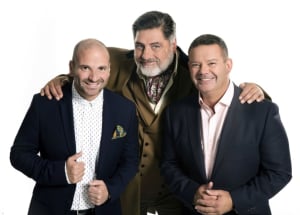 “MasterChef Australia continues to be one of the most engaging, aspirational and brand safe television series in the country, which is why advertisers flock to it year after year,” Network Ten executive general manager of revenue and client partnerships Rod Prosser says.

“I’m looking forward to watching another year of ordinary people cooking the most extraordinary food and seeing our partners’ brands come to life in a must-watch show that’s a true multi-screen hit.”

Tania Jones, content and brand partnerships director at Multi Channel Network, adds: “MasterChef Australia delivered powerful returns for brand partners in 2016 and we are thrilled to welcome back so many of our long-term partners and introduce a number of exciting new brands, which is an outstanding result from our partnerships team. We look forward to delighting audiences with some innovative campaigns throughout the next series.”

MasterChef Australia kicks off on Monday 1 May, the night after Seven's My Kitchen Rules (MKR) concludes.

It will be interesting to see if MKR's 20% drop in average audience this season was due to the success of Nine's Married At First Sight, viewer fatigue with reality cooking formats or a mixture of both.

Ten will be banking on MasterChef Australia to recover prime time ratings, which slumped dramatically when its reboot of Biggest Loser failed to resonate with TV audiences.