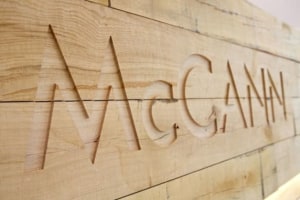 McCann Australia is undergoing a major restructure under recently appointed CEO Nicole Taylor which has led to the departure of McCann Sydney managing director Adam Lee, AdNews can reveal.

“With this process inevitably comes some tough decisions about the structure of the agency, which is a responsibility I take very seriously, but I'm in a position now when I have a lot of people relying on me to drive change and deliver on the promises I made to make McCann the most exciting agency in town," Taylor tells AdNews.

"You have to make hard choices if you want to make something truly excellent. You can't sit on the sidelines and this decision is a demonstration of our intent to be bold and decisive moving forward to create something special in the market."

Lee joined McCann as managing director three years ago from TBWA. During his time at McCann the agency's revenue grew 40% between 2014-16 and the agency won its first Cannes Lions in 10 years.

McCann Sydney is now hunting its next managing director with a new hire to be announced in the next three months.

"I find these things incredibly hard but it’s not a reason not to do it. We have amazing people at McCann that I really believe in but we also need an injection of new and different talent to reach our dream of creating Australia’s most exciting creative agency. It requires me to make tough calls but I will do so with compassion and humanity," Taylor says.

"Adam made a significant contribution to McCann Sydney and built strong relationships during his three years. It’s obvious that he loves the business so I’m sure that he will continue to have a great career and we genuinely wish him well.

"We are hugely passionate about creating a team of the most talented, diverse and courageous people who don’t settle for the seven out of 10, as our clients need ambitious, impactful ideas more than ever."

Taylor says these hires will help McCann Melbourne "reshape" its offering following the departure of McCann leadership to Deloitte last year, which she admitted shook the agency's strong foundation.

"Melbourne needed a reset off the back of instability within that office. We had too many freelancers and we needed to make some key hires and create some new roles," she says.

As Taylor continues to rebuild McCann nationally, more appointments will be announced.

In line with her mandate to make McCann Australia as revered as its New York counterpart, McCann London’s Rob Stone was recently appointed as head of talent to sharpen agency resource and recruit talent into the group.

Keep your eye on AdNews later this week for an in-depth interview with Taylor about her plans for McCann.