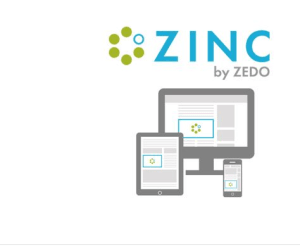 Brandscreen founder, New York-based Julian Tol, is back in town and is on the hunt for a country manager ANZ to head up a new programmatic advertising platform in Australia.

Tol, who was also the ex-CEO of media-buying platform Brandscreen, launched the firm back in 2006 before exiting in 2014. Tol is now working at a new venture called Zinc from Zedo and is looking for a Sydney-based country manager ANZ to head it up.

Two years ago Zedo, an ad platform partner for publishers and advertisers, launched the 'Zinc' programmatic adversing platform in other markets. It's an exchange that allows agency trading desks to buy “unique, high-impact ad units, including native in-article video, from a slick, easy-to-use self-serve platform”.

The company says it is already gaining strong momentum after only just launching in Australia and as such is on the spy for someone to lead the Australia and New Zealand markets and to build a local team. They will report to the director of APAC, who is based in Singapore.

Zinc, which has offices in New York, San Francisco and Mumbai, claims to be the third largest ad serving company in the world, and a “world leader” in web and mobile advertising technology for publishers and advertisers. Its vision is to be the leading technology provider to premium digital publishers and to connect them directly to brand advertisers and their agencies.

Its arrival in Australia, where it aims to foster relationships with publishers and agency trading desks, could put ad tech firm such as MediaMath, Brandscreen and Turn on guard.

Tol, who was also MD of Publicis Groupe for three years back in 2000, is also an investor and advisor, and is the founder of three technology startups. He also started his career in the creative agency sector with roles at Clemenger BBDO, McCann and Ogilvy and Mather.

Tol no longer has any type of role with Brandscreen – which in the past has had its shares of ups and downs. After heading out of administration and then being snapped up by a US firm, in an unexpected twist, its Sydney-based management team bought the business back in March this year. It's now headed up by CEO Rob Manning and has clients like Qantas on its books.