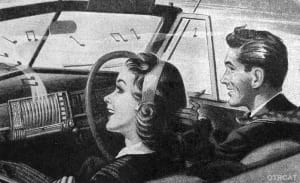 As first revealed by AdNews in February, SCA launched a programmatic exchange labelled a2x in conjunction with Triton Digital, with the exchange formally launched last week.

Programmatic in the radio space is becoming an increasingly hot topic, with Nova teaming up with Rubicon Project to launch programmatic trading of display inventory.

According to an AdNews sources, SCA has high hopes of being able to on-board inventory from other radio networks, to create a single platform whereby the radio inventory can be traded from one place – thus making it easier for the buyer. However, given the fierce competition between networks, it is thought rivalry could get in the way as competitors would not want to surrender their data to SCA.

It is pitching “Xaxis Radio” as a single solution for buying ads across the fragmented digital audio market, allowing targeting by demographics, location, what they're listening to, and which device consumers are listening on.

Not only has Xaxis Radio launched, but it has already put through ads for KFC, with its 'Boneless hot and spicy' campaign traded programmatically.

“From a consumer perspective, we've seen a huge shift to digital devices, including people who are listening to audio,” KFC marketing director Angela Richards said.

Xaxis said that 95% of the Australian population listened to some form of radio, making it a scale play, but with enhanced digital targeting through its DMP platform it became truly powerful.