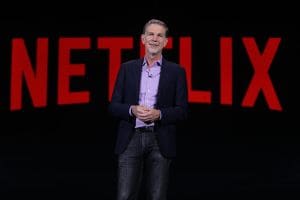 Steaming behemoth, Netflix, has announced it's rolling out its service globally.

The move which was revealed overnight at technology convention CES in Las Vegas sees Netflix being launched in 130 new countries around the world.

The new global offering went live during a keynote by co-founder and chief executive Reed Hastings, explaining that today marks the birth of a new global internet TV network.

“With this launch, consumers around the world - from Singapore to St Petersburg, from San Francisco to Sao Paulo - will be able to enjoy TV shows and movies simultaneously - no more waiting. With the help of the internet, we are putting power in consumers’ hands to watch whenever, wherever and on whatever device,” he says.

While largely available in English in most new countries, Netflix also announced it is adding Arabic, Korean, simplified and traditional Chinese to the 17 languages it already supports.

Hastings also revealed in 2016 Netflix plans to release 31 new and returning original series, two dozen original feature films and documentaries, a wide range of stand-up comedy specials and 30 original kids series, which will be available at the same time to members everywhere.

There are however a few countries that are excluded from the global roll-out such as: China, though the company continues to explore options for providing the service. It also won’t be available in Crimea, North Korea and Syria due to US government restrictions on American companies.

“From today onwards, we will listen and we will learn, gradually adding more languages, more content and more ways for people to engage with Netflix,” Hastings says.

Netflix launched in Australia in March last year, and as of September has already racked up 2.2 million users. Locally, it has already inked deals with Optus and secured MEC as its media agency.

Netflix has an estimated media spend for the past year of $1.79 million in Australia, according to Nielsen.