Netflix reaches 2.2m Australians but growth is slowing down

Nearly 10% of Australian homes now have Netflix according to the latest video on-demand household subscription data from Roy Morgan.

That number equates to more than 2.2 million Australians aged 14+ who have access to the streaming service, or 855,000 Australian homes, adding up to 9.3% of homes.

However growth is slowing, with the number of people using the service increasing by 118,000 subscribing homes in August - the lowest net gain since its first full month of local operations in April. It’s the first time Netflix gained less than in the month before: it previously grew by 133,000 homes in May, 152,000 in June and 166,000 in July.

Tim Martin, general manager of media, Roy Morgan Research, said: “These latest incoming subscription numbers, with a simple assessment at the change in growth rates since April, suggests Netflix is on track to reach one in 10 Australian homes in September, and to surpass the one-million-mark by October. Stan and Presto, meanwhile, are each in less than 1% of homes.

Martin explained that Netflix made such a splash in the Australian subscription video-on-demand market, it was inevitable that the initial flurry of subscriptions among the core market would settle down.

“Some of this lower net monthly growth would also be due to homes discontinuing after the trial offers expire, or when they’ve watched about as much of the available content as interests them. The ‘no contract’ model means Netflix and other SVOD players including Stan and Presto need not only to attract but retain subscribers, who can effectively come in and out depending on when new shows or movies are loaded.

According to Martin the main opportunity for SVOD providers is now to reach beyond the “low-hanging fruit” of early adopting younger households that have driven initial growth.

“With Telstra TV now scheduled for release in October, this is the ideal time for a canny provider to use our consumer research and content preference data to target these older, established households.

"This enormous pool of potential customers is uncertain about SVOD now, but they’ll soon see in their own homes how easy it is to access just by plugging in a Roku.

"Once subscribed, these customers will also be less likely to switch or discontinue whenever a shiny new service comes along. The rewards for staking a claim in this area are clear.” 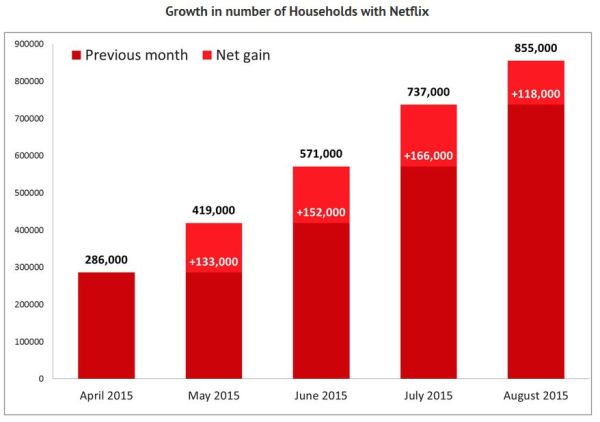