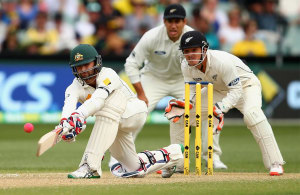 Cricket Australia says it was left "shocked" and confused following Southern Cross Austereo's (SCA) decision to opt out of its radio rights.

Earlier this year SCA stated it would not be seeking to renew its radio media rights for cricket, based on "a commercial decision to pursue alternative summer programming".

The rights had allowed its Triple M network to broadcast test matches for the past two years.

The surprising move made room for Macquarie Media Limited (MML), which then landed the historic six-year radio deal, commencing from the 2018-19 season. Crocmedia and the ABC also won coverage.

Speaking to AdNews on the radio changes, the national governing body's executive GM of media, communications and marketing, Ben Amarfio, says the organisation was left confused after SCA, which seemed so "desperate" to keep the rights, then pulled out.

Amarfio says SCA had indicated it had every intention of renewing the deal.

"We were shocked because the week prior to them pulling out, they told us how keen and interested they were and how desperate they were to have it," Amarfio says.

"They came in and did a presentation about how desperately they wanted the rights and all the rest of it, a week later, they do a backflip. Why did they do the backflip? who knows."

Cricket Australia still have no explanation as to the motivation behind the sudden change of heart by SCA.

AdNews approached SCA, which denied to comment on the matter further.

Amarfio also says there was never any doubt that ABC would retain its radio broadcast rights, despite false reports indicating it would end its 80-year relationship with the public broadcaster.

"When that came out we were close to signing the deal and we announced it 24 hours after the news came out," he says.

"As everyone would know, deals of that size aren't done overnight. That was just certain people if you look who reported it, being 'mischievous'."

He says the organisation say also excited to onboard Melbourne-based broadcaster, Crocmedia.

Amarfio says Cricket Australia was "very keen" to get them over the line.

The deal sees Crocmedia become the only provider of Big Bash radio coverage for all 59 matches this summer and cover all BBL matches for the next six years, exclusively across regional Australia.

Crocmedia’s Big Bash Nation broadcasts will also be syndicated to partner radio stations across the country.