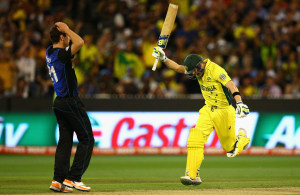 Macquarie Media has secured a six-year radio broadcast deal with Cricket Australia, allowing its commercial am station to air coverage across all of men’s international, women’s international and men’s BBL matches.

Under the new agreement, Macquarie Media will make more games available via radio, including the broadcasting of international women's cricket in Australia for the first time.

New to this rights deal is the ability to stream live cricket across each station’s website, apps and mobile devices as well as being available on cricket.com.au.

As part of the new agreement, Macquarie Media will also sub-license the production of its BBL coverage nationally and provide non-exclusive Test match rights in Melbourne and Adelaide.

It has also secured the exclusive rights to all regional markets for Crocmedia - an Australian radio sports syndication network.

The deal will see Crocmedia become the only provider of Big Bash radio coverage for all 59 matches this summer and cover all BBL matches for the next six years, exclusively across regional Australia.

Crocmedia’s Big Bash Nation broadcasts will also be syndicated to partner radio stations across the country.

ABC will also remain part of Cricket Australia's broadcast agreement, sub-licensing the rights to broadcast men’s and women’s international cricket and the WBBL on all platforms.

I am pleased ABC Radio will be the source of women’s cricket, with all matches of Women’s International and WBBL cricket broadcast live on one of our platforms which is a big win for audiences," ABC MD Michelle Guthrie says.

The ABC's confirmation of a new deal follows earlier reports, which speculated Cricket Australia would end the 80-year broadcast partnership.

Cricket coverage on Macquarie Sports Radio will begin on Saturday 29 September with the broadcast of its first women’s international cricket match against New Zealand.

“I am delighted that Macquarie Media’s association with Cricket Australia will continue. Our “Summer of Cricket” commentary team has now become established as one of the favourite destinations for Cricket fans across all formats of the game," Macquarie Media CEO Adam Lang says.

"Our audiences love the passion, enthusiasm, insight and professionalism that the 'Summer of Cricket' team brings and we look forward to growing that further throughout this new agreement."