MullenLowe's Mediahub ready to take on 'industry behemoths' in 2019 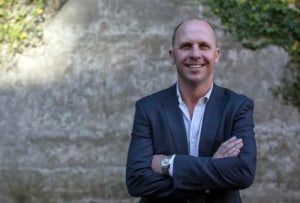 303 MullenLowe's media buying and planning division, Mediahub, and its Australian managing director Andrew Livingston, believe the agency is now ready to take on "the behemoths" of the local market.

Livingston, who joined the business in late 2016 after his role as chief operating officer of Initiative Group, said the business had been growing steadily over the past 18 months and was now ready to take advantage of its growing market awareness.

The agency, which has grown from seven to 22, picked up multiple clients last year, including the RFG Group, which owns brands such as Crust Pizza and Gloria Jean's, as well as pharma giant iNova, which it won from Dentsu Aegis Network agency, Vizeum.

Livingston said the target for 2019 would be proving the value of the business, not just for its traditional media offering, but also its integrated strategy, by which the agency works in tandem with the other areas of the 303 business, including creative, digital and PR.

He believes the old adage of "clients wanting more for less" is becoming more prevalent than ever in the Australian market and is creating a wave of clients who are looking to find more "budgetable" media offerings.

"We've all heard people talk about the rapid fragmentation of the media landscape and that it shows no signs of slowing down, but we are now really starting to see how this is impacting a marketing budget," Livingston said.

"From a client's perspective, the integrated approach is an answer to how many agencies clients manage, what level of service are we going to get out of them and what's the level of quality comes with that."

Livingston said that while 303 is part of a major holding group, Mediahub is "nimble" enough to take on clients that face those challenges.

He believes the "client sweet spot" for Mediahub is any brand with a spend of $5 million to $15 million, adding that those major brands with spends over the $25m-$30m are probably less likely to find value in the integrated approach.

While the trend towards the integrated offering is growing, Livingston said it's not the widespread case when it came to client needs and the agency still needed to think of itself as a "challenger brand" even in the traditional agency space.

"The reality is that whilst there is a trend going towards that, the majority of pitches are still creative pitches, PR pitches, media pitches and therefore we have to adapt to that and we do," Livingston said.

"The difference when we are pitching for a media-only piece of business is that we won't be looking at just delivering spots and dots, we will always take an integrated approach and ideally encourage the client to eventually look at our other services."

Livingston said while the agency will continue to look for ways of driving further integrated arrangements with clients, the agency is hesitant to focus on the "low-hanging fruit" and simply approaching clients managed by 303's other agencies.

While Mediahub has that opportunity, he said the agency would prefer to grow organically, relying on its own offering to grow its client portfolio.

Livingston believes client interest will start to edge towards 303's full-service offering, as they begin to see a "truer" strategy compared to other full-service agencies.

"We have the advantage over some of our integrated competitors. Firstly we sit in the same building, whereas others who claim to do what we do, don't. We're here having one conversation, not sitting in other offices, spread out and ultimately dealing with a level of disconnect," he said.

"There's always going to be that opportunity to merger our services but it's not something we would force on our clients, as they know where to spend and have their own plan."

Livingston added it's not about shoving services "down a clients throat", it was about effectively understanding their position in market and making the considered decision to approach them if the proposition was relevant.