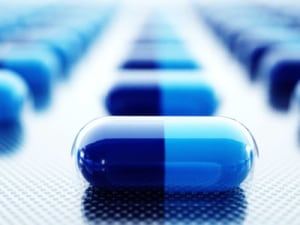 Following a competitive pitch the media account for pharmaceutical brand iNova has moved to 303 MullenLowe's Mediahub, AdNews can reveal.

The media account previously sat with Dentsu-owned Vizeum, which was thought to be defending the account in the pitch process.

Mediahub is now responsible for all media strategy, planning and buying across all channels on behalf of iNova Pharmaceuticals.

iNova has spent $5.1 million on media in the past 12 months, spanning across its portfolio, including Difflam, Duro-Tuss, DermaVeen, Invisible Zinc and Nyal to name but a few.

“We operate in a unique marketing category and Mediahub clearly demonstrated a deep understanding of our products, brands and audiences, and brought them to life through their unique planning approach and philosophy ‘to deliver an unfair share of attention to their client’s products and brands'," she said.

“We’re delighted to be working with such iconic brands across the iNova portfolio. The iNova team is an extremely switched-on marketing partner and I know working alongside them will be a rewarding experience. It’s also satisfying to see our teams’ hard work paying off," he said.

Livingston has spent most of his career within the big holding group network agencies, such as Initiative, MediaCom and Zenith.

He previously worked on the iNova account and on the pitch process during his time at Initiative, which he left in 2016 and later joined 303 MullenLowe.

"I don’t think its rocket science. We have a lot of clients, and I'm not speaking specifically about iNova, where relationships break down. It either happens because it’s a three to five year cycle or because the relationship isn’t what the client wanted it to be," he said.

"A smaller agency can be more agile and offer higher levels of service. A client, like iNova, know they'll be a bigger fish in a small pond and that's an advantage."

Livingston was originally tasked with building 303 MullenLowe's internal media offering, before it joined forces with media partner MullenLowe Mediahub in 2017.

He told AdNews the merger has allowed MediaHub to "stand on its own two feet" as a media agency and build its own credentials. Mediahub still sits under the 303 MullenLowe umbrella and will integrate both creative and media where needed, like on Crust Pizza, but also is winning just media accounts, such as Propsa.