The Media Entertainment and Arts Alliance (MEAA) claims more than 450 submissions have been sent to the Australian Competition and Consumer Commission's (ACCC) review of Nine’s proposed acquisition of Fairfax Media.

The media industry union, which is sternly opposed to Nine’s swoop of Australia’s second largest newspaper group, arguing it would be bad for media diversity and democracy, created an online tool to make it easy for its members and others to contribute to the ACCC’s probe.

The MEAA also has concerns about Nine merging its newsroom with Fairfax’s, which Nine has ruled out, as well as job security for journalists and the future of Fairfax Media’s 160 community and regional newspapers.

MEAA created a portal (below). When clicking submit, comments are forwarded to the ACCC as an email. 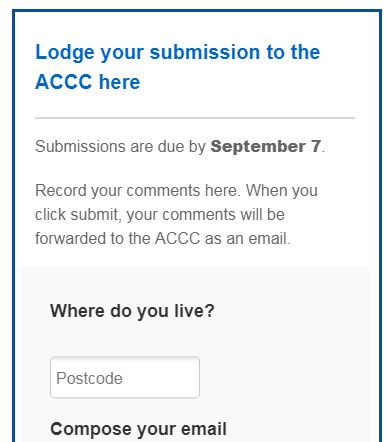 The MEAA is also calling on the ACCC to launch a more thorough review of the merger than the proposed 12-week review, which should be placed on hold until after a concurrent investigation into digital platforms.

It is widely expected the ACCC will rubber-stamp the deal.