MKR rules over The Block, but down on last year 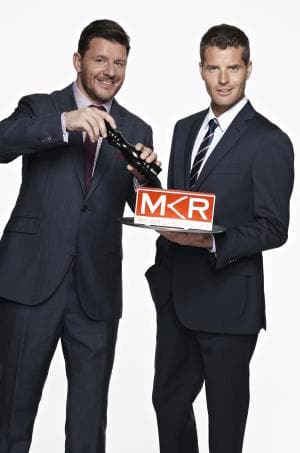 My Kitchen Rules (MKR) may have been down 10% to 21% year on year, but its 2.08 million viewers delivered Channel Seven a night where it doubled its nearest competitor.

The long awaited-finale of MKR delivered 2.08 million viewers, with the winner announcement attracting 2.04 million viewers according to the preliminary overnight figures from OzTAM.

According to Seven, the program attracted 3.04 million when taking into account the regional audience.

The figure beat out The Block finale, which brought in a peak average audience of 2.03 million on overnight estimates.

However, the Cricket World Cup final remains the most-watched program of the year, garnering 2.23 million on overnights.

The series finale of MKR was a 10% drop on last year's grand final figure of 2.3 million, while the winner's presentation was down about 21%.

The nearest competition either Ten or Nine could put up was Nine's presentation of The Big Bang Theory, which attracted 843,000 viewers.

MKR dominance delivered Seven a crushing win for the evening with the Seven Network bringing in 40.5% of all viewers against the Nine Network's 21%.

Meanwhile, the ABC's strong current affairs line-up delivered it 19.6% of the metro audience against Ten's 14.1%.

All eyes will now turn to tonight where round two of the reality shoot-out will play out with Seven's House Rules, Nine's Renovation Rumble, and Ten's Masterchef all going head to head at the prime 7.30pm timeslot.

Check out the ratings for yourself below