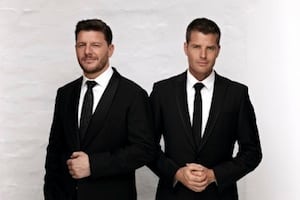 Rafael Nadal's shock defeat to Stanislas Wawrinka in the Australian Open men's final on Sunday night was also the most watched program with 1.66 million metro viewers, according to OzTam. This was down around 20% on 2013's numbers, when 2.12 million viewers tuned in to watch Novak Djokovic defeat Andy Murray.

Nine's coverage of the Australia versus England one-day cricket ate into Seven's tennis audience. A Seven spokesperson said the Sunday night tennis was up substantially on 2011 when it last faced an Australia-England one-day match.

The premiere of Nine's The Block: Fans vs Faves came in at seventh place with 1.14 million metro viewers, while Ten's The Biggest Loser: Challenge Australia came in at 17th among all people with 560,000.