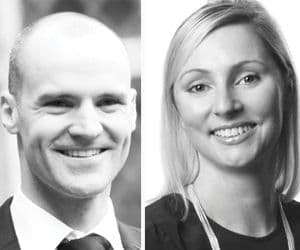 Mindshare is looking for a suite of new senior managers with Melbourne MD Anathea Ruys set for Singapore with Omnicom and Sydney head of investment Phil Church returning to the UK.

The changes come as former Mindshare COO Sharb Farjami starts as News Corp head of national sales but the agency said the timings were coincidental.

Boss Katie Rigg Smith outlined that she would take the opportunity to reshape the agency's structure when Farjarmi's exit was confirmed.

She said that Ruys's decision to head to Singapore, where she will take up a senior role for the Omnicom Group, was a logical step to take in terms of career progression. Rigg-Smith said that Church would head back to the UK for family reasons. She said both had outperformed for Mindshare.

Rigg-Smith said she could understand that three senior people leaving in quick succession could be made into an "exodus narrative", but stressed that was not the case.

"[Farjarmi, Ruys and Church] have not left for any other reasons that personal or the next step in their career and we are very supportive of that.

"We are adapting to change and we will farewell our current staff in style as they have done a great job for us."

Rigg-Smith would not be drawn on how the agency was progressing in terms of working out its new structure or whether senior replacements had been secured. However, it is thought that the structure may include a national head of trading and an executive to oversee and support its client leader team.

Ruys, who has a strong background in activation and experiential marketing, will likely start with OMG in July.

Rigg-Smith took the top job at Mindshare a year ago after former CEO James Greet left to join Ikon. The agency subsequently restructured operations around paid, owned and earned. In February, Clay Gill was hired to head up the owned and earned division.