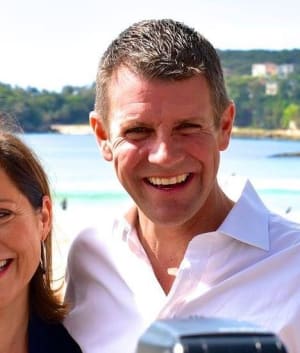 National Australia Bank (NAB) has appointed former NSW Premier Mike Baird as its chief customer officer of corporate and institutional banking only six weeks after he stepped down.

Despite the brand's upped focus on customer experience with its 'More than Money' campaign last year, it's thought Baird's new 'customer-focused' move will have no impact of the bank's marketing structure, headed up by chief marketing officer Andrew Knott.

NAB, which is shortlisted for Brand of the Year in the AdNews Agency of the Year Awards, repositioned last year with its new 'More than Money' campaign via Clemenger BBDO Melbourne. The campaign was seen as a major step forward for the bank, highlighting that it really knows its customers.

The new campaign was part of a bid to communicate NAB's "customer-centric" approach to banking and at the time Knott said it champions what the bank strives to do everyday.

Baird started his career with NAB as a graduate in 1989, first working at NAB’s St Ives branch in Sydney before moving into corporate banking. During the next 17 years he held senior roles in corporate and institutional banking in Australia, London and New Zealand. He became NSW Premier in 2014 before announcing his retirement from political life in January 2017.

“His time as Treasurer and Premier of New South Wales means he returns to banking and NAB with invaluable experience in leading economic and financial reform to grow the economy,” NAB CEO Andrew Thorburn says.

“Mike has outstanding leadership and a determination to drive change and make a difference by building relationships with customers and the community.”

Baird's new role has caused quite the stir on social media with The Daily Telegraph reporting he's set to get a $1 million salary, which could rise to $2 million with bonuses.

Baird resigned on the premise he needed to spend more time with his family, which has led critics to question his relatively brief time off between roles. 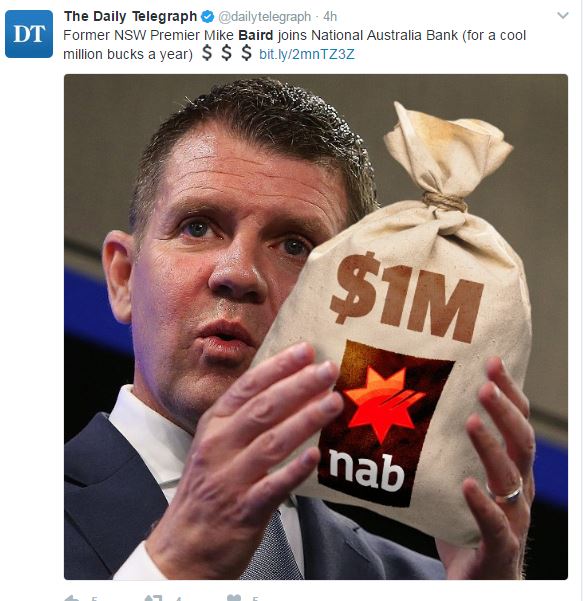