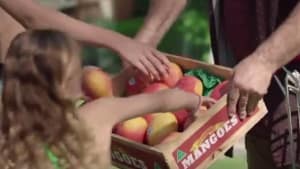 The competition watchdog confirmed that it will not oppose a bid from Metcash to secure the Woolworths-owned assets after accepting an undertaking from the company.

The undertaking confirmed that Metcash would not restrict independent hardware stores from non-Metcash sources and wouldn’t favour its own stores over independents.

ACCC chairman Rod Sims says the decision not to oppose the bid “was finely balanced”.

“We looked a the competition issues surrounding Metcash acquiring its only rival full-service wholesaler,” Sims says.

“Bunnings [Wesfarmers owned] is a large, powerful retailer that is present in most local markets, which will indirectly constrain Metcash’s wholesale operations – a factor we also took into consideration.

“We decided to accept Metcash’s undertaking, which should provide independent retailers with the ability to bypass Metcash by using buying groups or negotiating directly with manufacturers. This should also facilities entry by any new wholesaler that may emerge.”

While the ACCC approval isn’t an indication of the outcome of the process, Metcash has confirmed its continuing participation in the sale process conducted by Woolworths.

Match Media won the $20 million Home Improvement account for Woolworths in September 2014. Cummins&Partners handles the creative for both the Masters and the Home Timber and Hardware account.