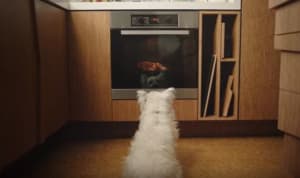 M&C Saatchi's first major piece of work for Woolworths, since picking up the brand earlier this year, has dropped, with a focus on an Aussie staple: the Sunday roast.

The nostalgic campaign is set to the tune of Etta James' 1960s classic “Sunday Kind of Love” and follows several families making and preparing a roast dinner, with the tagline: “The Return of the Affordable Sunday Roast”.

It marks a departure – but not an exit – from the brand's previous “Cheap, Cheap” brand positioning.

The work is the first major campaign from M&C Saatchi which was appointed to the Woolworths account in February. The retailer ended its relationship with previous agency, Leo Burnett, without a pitch.

M&C Saatchi had previously held the Woolworths account for 12 years before it moved to Droga5 in 2012 and then to Leos in 2014.

It also follows a reshuffling of senior marketer roles at Woolworths following former CMO Tony Phillips' shock exit in May 2015. Andrew Hicks was appointed to the role permanently after holding the position on an interim basis.