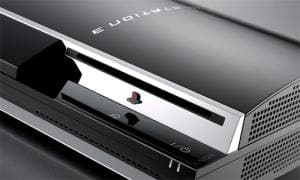 MediaCom in Australia has picked up the PlayStation and Electronics accounts off the back of a global Sony review, AdNews understands.

According to Ad Age, a Sony spokesperson said Sony Pictures, which accounts for a massive chunk of the business, will retain UM in North America and other markets, and add OMD in more international markets.

In the last 12 months Sony Pictures in Australia, which sits with UM, had a reported Nielsen media spend of $8 million.

While UM is the incumbent here, AdNews understands that an agency under the Omnicom umbrella, possibly m2m, may have been a front-runner for the Sony Pictures slice of the pie. As the ramifications of the global decision filter though to international markets the local agencies are expected to find out the result later today or early next week.

If the account did stick with UM this could throw a spanner in the works for the agency as AdNews understands the IPG-owned agency is also eyeing the 21st Century Fox media account, which is also on the table, following a global review.

Sony's agency consolidation follows a global review which kicked off back in May 2015.

The news is a much-needed boost for MediaCom, which following news of last year’s audit scandal, saw several top clients such as IAG and Foxtel take their business elsewhere.

The agency appears to be on the up - with a new CEO, bolstered management and even a biometric tracking offering it's rolling out.