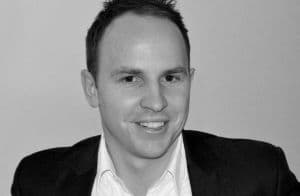 Media Summit 2015: It’s the elephant in the room that few media owners and media agencies want to entertain, so the boss of a hybrid creative, digital, data and content agency with no vested interest in the current media trading system has let rip.

Chris Howatson, the young turk behind the turnaround at CHE Proximity - Clemenger BBDO’s old retail ad shop founded 30 years ago by former Austereo chairman Peter Harvie - has gone where no media human-botnik has before. He’s calling the end of the road for media sales and agency trading teams that involve those peculiar beasts known as humans.

“There will be no distinction between media that is broadcast and media that is personal,” says the 30-something golden boy emerging from the Clemenger-BBDO network.

“All media will be personal and if all media is personal, brands will deliver personal and relevant messages in the moment where it is most relevant for their customers and prospects. The implications for media are that all media inventory becomes biddable and automated and therefore publishers will focus on attracting the right audiences rather than selling because the selling will be commoditised. We’ll see less and less media sales and agency traders and more data analysts and specialists to administer the platforms on which advertising is sold.”

It’s a big call but everyone - quietly - is asking the question that Howatson already has an answer for. His line fits neatly with the mantra de jour among programmatic and ad tech startup evangelists. But that a crossover creative-data-content and “customer” agency is joining the machine fan club is telling.

Howatson is part of a stellar line-up of tier-one industry influencers and provocateurs speaking at the AdNews Media Summit 2015 on May 22 – previously known as the  Media Sales Summit.

Howatson will take on media owners and media agency peers in the “New World-Old World Selling” stream using the popular “mini keynote” format from last year, in which key industry identities argue their case and then debate in a Q&A “Hard Talk” with AdNews contributing editor Paul McIntyre.

Howatson has plenty more fire in the belly. Not only does he believe media sales and agency trading teams are in terminal decline, he predicts the cost efficiencies saved in more targeted, automated ad trading will be reinvested by brand owners in content creation.

“Client budgets will rejig,” he says. “Whereas at the moment the classic rule is 80% of a budget goes to media and 20% goes on production, I think we’ll see a backflip on those ratios.

"We might see spending going as much on content and production as you do on media because there will be less wastage. Ideas will be as important as ever to engage people.”

Is Howatson on the money? Hear his industry peers challenge or cheer his bold calls and how media sales and agency trading skillsets and capabilities need to evolve.

Some of the key streams at the Media Summit include: