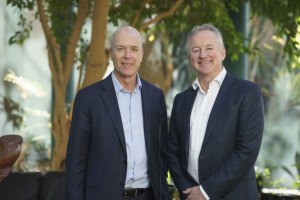 Nine has failed to answer questions about how it plans to protect Fairfax's editorial independence as the two companies plan to merge, says the union for Australian media workers.

The Media, Entertainment & Arts Alliance (MEAA) is calling for Nine chairman Peter Costello and his board to fully commit to the Fairfax charter of editorial independence and to the future of Fairfax's regional and suburban publications.

Speaking on a media call last week, Marks said Nine is "more than happy to adopt the principles of the independence charter".

But when asked on ABC’s 7.30pm program on Thursday night if that commitment was in writing, Marks skirted around the issue, which raised concerns within the MEAA.

In a further media interview today, Costello was silent on the charter of independence.

MEAA Media federal president Marcus Strom says Nine has a heritage in great journalism, but without a commitment in writing, Fairfax staff have every right to be concerned about whether the charter would be adopted if the takeover went ahead.

“The Fairfax charter of independence, established in 1991 when the company was facing an earlier takeover, explicitly prohibits media owners from dictating or interfering in the editorial decisions or journalism of its publications, even if they may reflect poorly on the proprietor or advertisers," Strom says.

“It has allowed the journalists of Fairfax to pursue investigations into powerful influences, sometimes to the detriment of commercial interests, such as the series of stories into banking misbehavior which resulted in a royal commission, and articles about corporate wage theft."

The MEAA says it will continue to be sceptical about how genuine Nine's commitment is to editorial independence until Costello signs a binding document that inks the adoption of the charter of independence.

The future of the charter of independence is just one of several outstanding concerns about the proposed takeover, the MEAA says.

“We will continue to push for solid undertakings and guarantees on job security, and we need clear and reliable answers on Nine’s commitment to maintaining current employment terms and conditions beyond the current enterprise agreements at Fairfax,” Strom says.

“Even if we assume the best of intentions from Nine management, there will be immediate pressure to merge newsroom functions to cut costs. And Nine has made no guarantees about the future of the regional mastheads, portraying them in some interviews as unwanted assets."

He said the ACCC should hit pause on the merger until the two companies have guaranteed editorial independence, the future of regional and rural mastheads and has time to consider the recommendations of its own digital media inquiry.

This is the second time the MEAA has publicly called for the ACCC to block the deal between Nine and Fairfax, slamming the merger as "bad for democracy".

Nine and Fairfax execs remain positive the merger will get the green light.