Marketing is stuck in a negative mindset and needs to change 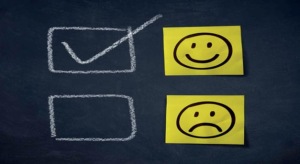 This article first appeared in AdNews in print. Click here to subscribe to the AdNews magazine to get it first.

Marketing is stuck in a negative framework and consumers have lost faith in brands, according to research consultancy Pollinate. It claims that marketers need to address the problem by reframing communications into a positive context to restore people’s trust.

“The status quo is status woe. People have lost faith in marketing and marketers have given up on the big issues,” Howard Parry-Husbands, Pollinate managing director, said. He made the comment at a positive marketing event the consultancy hosted in Sydney alongside Unilever, David Jones and consultancy Planet Arc.“The dominant theme in marketing is negative and consumers are sick of it. But it doesn’t have to be this way," he said. "Positive marketing recognises that there is a way that marketing can align brands with positive values … the opportunity is to achieve commercial success by also
achieving a social outcome.”

Parry-Husbands cited Unilever’s Lifebuoy soap which set out to tackle hygiene in the 1920s as a positive approach that the company is now using across its brands like Dove and Domestos. He also cited a1928 campaign by Edward Bernays, dubbed the father of contemporary advertising, to increase sales of cigarettes to women by aligning smoking with female emancipation. Sales went from 5% to 12% within a year and rose to 30% in around a decade.

While positive marketing is not the same as ethical marketing practices, he commented that the case highlights aligning a positive desire with a brand has a potentially “profound implication”.

The consultancy embarked on a project to test the theory. It followed a blueprint that replaced a negative framework with a positive one to see if communications could make a bigger impact.

It tackled carbon and the environment but its first effort failed to change the outcomes of the communications, something that Parry-Husbands believes in part is because carbon is the “ultimate wicked problem” - that is, unfixable. Another attempt using different parameters was more successful and resulted in people being twice as likely to make a change to their behaviour and donate twice as much.

“Marketing needs to change. Unless companies’ faith is restored in bigger, long-term issues then consumers will continue to lose faith in marketing, and unless consumers’ faith is restored in brands, companies risk losing loyalty, share and the sales they are so desperate to measure in the short-term,” he warned.“By reframing marketing in a positive framework, marketing would have a bigger impact on consumers, leading to more influence, sales and behaviour change.”

Pollinate worked with David Jones on its recent “It’s In You” campaign that enlisted seven brand ambassadors including Adam Goodes to embody seven positive attributes the department store wants to be associated with.

David Jones executive director of marketing, David Robinson, said it has been “pivoting its marketing strategy” over the last 12–18 months by positively reframing its brand and purpose. “What came through in our research was we are part of big and small moments in people’s lives and there is an emotional connection. We’re obviously a business about people and they want to be inspired when they walk into our stores. We came to our purpose to inspire the potential in people. It’s a bit of an audacious call … but yes, we can stand for that. It will impact the way we take the brand to market but it feels comfortable and right,” Robinson said.