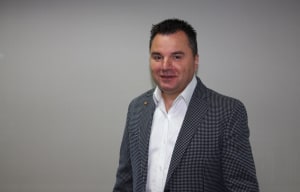 IPG Mediabrands chairman Mark Pejic is set to leave his Melbourne-based role to explore other opportunities.

Pejic, who was former CEO of GroupM's MediaCom from 2003-2015, relocated from Sydney to Melbourne in January 2016 to head up IPG Mediabrands' local arm - a sign that IPG was increasing its focus on the Melbourne market.

Speaking to AdNews, Pejic said he has enjoyed his time at the business and is happy with the position IPG Mediabrands is in. He says while he has not lined up a new role as yet, he will be staying within media and is open to relocating back to Sydney.

“I'm not going anywhere just yet – I'll be enjoying some time off, will enjoy Christmas and will then be back in the space,” he says.

IPG Mediabrands CEO Danny Bass says Pejic has been a big supporter of its evolving business model and has led the transition in Melbourne very effectively.

Bass says in continuing the evolution of its business model in Australia, into 2018 the group’s client relationships would be led through its three power brands – Initiative, UM and Reprise – all of which have strong operations in Melbourne.

See: The new era of Mediabrands

He said that Pejic had been a leading player in the development of the 'power brands' in Melbourne.

“Mark, or Pej as we all know him best, has led our Melbourne operations for the past two years and contributed greatly to its success,” Bass says.

“As he prepares to move to his next career step, we can’t thank him enough for his time with us.”

Mediabrands and its agencies have been through raft of changes since Bass joined in May 2015 including several high profile staff shuffles. From helping drive Initiative's new corporate identity, a new vision and a new leadership team; to the merging of Cadreon and Anomaly and the exits of UM boss Ross Raeburn's for Ansible and Reprise MD Ale Vendramin - it's been a busy gig for Bass so far.

Pejic will step down from his role and prepare to leave the business at the end of this month. He tells AdNew he'll definitely be returning to the industry, given his lengthy experience and love of the space.

Prior to Mediabrands Pejic had been with MediaCom since the agency’s formation in 2004 following a merger with Zenith Media, where he was MD. He began his career at JWT in 1989 and spent nine years in various media positions at the agency before moving to George Patterson Bates and then Zenith Media.

He took up the reins as MediaCom CEO in 2012 after a three-year stint as COO. His departure from the GroupM agency followed hot on the heels of GroupM CEO John Steedman's plans for departure and chief investment officer Bass' resignation.