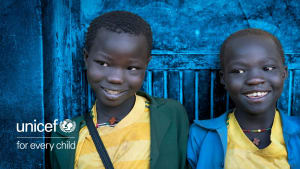 To mark the 70th anniversary of its founding, and its vital work for the most vulnerable children, Marcel was charged with developing a new identity which will run out of the organisation's office in 190 countries and territories over the next one to two years.

A short film will debut at an event at the United Nations in New York City on 12 December 2016, marking the first phase of the campaign's roll-out.

Marcel was selected to drive what is the first brand re-build for the organisation in ten years.

“Unicef’s brand is widely known, in large part due to the extraordinary efforts of our staff and partners working around the clock, in some of the toughest places, helping those at greatest risk and in greatest need. Curiously though, our association with children is surprisingly low – less than 50 per cent of people in a recent global survey... which is one of the things we aim to address," says chief of brand building David Ohana.

Marcel Sydney creative chairman and founder David Nobay says, “We are honoured to be able to use our creative skills to help advance the important work of Unicef. We hope our contribution will help make a difference and ultimately help millions of children in the most difficult situations.”

"This has been a major effort by our teams in Sydney and New York and is a personal highlight of my career," he adds. "We had the privilege to collaborate with many talented people who have dedicated their whole lives to helping others."