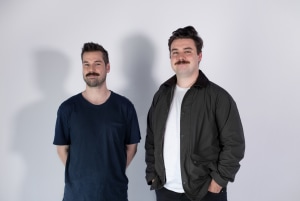 Blood and Thompson have worked in agencies across Australia and New Zealand, picking up awards at Cannes, D&AD, Axis, AWARD and One Show.

Heading over to New Zealand at the start of 2018, they found success with clients such as Toyota, Sky Sport, Westpac and Pak'n Save.

Now back home in Australia, they hope to continue their run at M&C Saatchi, working on clients Origin Energy, Lexus, Racing Victoria, World Vision, and the Victorian Government, the Department of Health and more.

“I’m pumped to be back home in Melbourne and part of M&C Saatchi Melbourne team," Blood says.

M&C Saatchi Melbourne executive creative director Emma Robins says the team are excited to finally have Blood and Thompson in the officer after working remotely for a while.

“Jake and Josh were just squares to us for a long time while they worked remotely from NZ," Robins says.

"But now they've finally arrived, and we've seen the rest of them, they're anything but.

"They're talented, good humans, who've been thrown in the Melbourne deep end, pitched their faces off and kept a smile on them all at the same time."

Since Michael McEwan took over the reins of M&C Saatchi Melbourne in late 2019, the business has won multiple accounts including the Victorian Government’s COVID-19 Response, Federal Government assignments, Origin Energy and World Vision.

It has also appointed a number of key leaders including Mike Hyde as head of strategy and Jayne Brady as business and operations director.