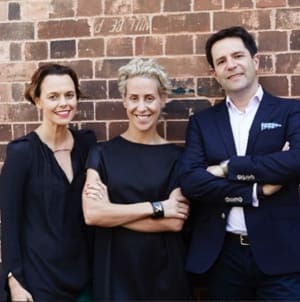 Australia’s largest independent women’s website has ramped up its proposition to advertisers by getting a firm handle on its data.

Mamamia Audience Network has inked a deal with demand-side platform TubeMogul that allows it to use first party data to target audience segments on environments outside of its owned and operated website.

As inventory is finite, previously once the ad spots on Mamamia were exhausted, there was no way for advertisers to access its valuable audience of more than four million monthly users. Using the Mamamia Audience Network advertisers can reach the female community on Mamamia properties, but also that very same audience on other relevant websites.

Speaking to AdNews, head of commercial strategy at Mamamia, Dionne Ellis, says its female-skewed audience is highly sought after among advertisers, with demand for opportunities to reach its community outstripping supply. This is why it wanted a solution to meet market demand, that wouldn’t impact the user experience on the website.

“The Mamamia Audience Network provides a new way for advertisers to connect with the influential female audience,” Ellis says.

“We have worked with our DMP Krux to segment our community into 10 audience personas and these valuable first party data sets are pushed seamlessly into the TubeMogul platform, allowing us to activate them across new inventory sets.”

MD of TubeMogul ANZ, Sam Smith, says this model works well for publishers who have a sought after audience and where advertiser demand outstrips inventory supply.

“The Mamamia Audience Network is a game changer for brands looking to target highly sought after female audiences,” Smith says.

“TubeMogul is excited to partner with Mamamia on its new offering, which expands the scale of its data and audience in an effective and brand safe way across our platform.”