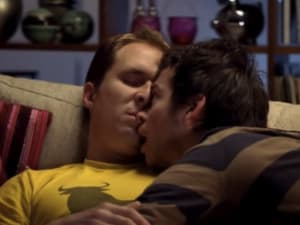 Mars Confectionary Maltesers’ ad has come under scrutiny for being “blatantly homophobic”, showing two women place their sleeping boyfriends in an embrace as a joke.

The complainant says: “The ad implies the women have undermined the men by causing them to be intimate. The inference is that the men are made ridiculous by being intimate and innocently sexual with each other, and that this homosexual behaviour is something we should laugh at.”

Complaints were dismissed by the ASB agreeing “there was no suggestion” that the group consider homosexuality as something to be ridiculed.

Also in the latest ASB cases, Boost’s balls sexual innuendo ads have been approved by the ASB, following a complaint which said the ads were inappropriate for children.

The ASB says: “Balls is part of the common Australian vernacular as a slang reference to a man’s testicles but considered that in this instance the reference to balls is prefaced by the singing of a jingle, “protein balls” which provides context for the use of the word in reference to a food.”

Watch a version of the ad below:

Complaints saying a Coca-Cola ad “condones bullying” has been dismissed by the Advertising Standards Board (ASB), with the watchdog concluding the ad is not aimed at children and depicts behaviour which adults would recognise between their own children.

Coca-Cola responded by saying the spot shows sibling rivalry, which means they don’t always get along but they play an important role in each others lives.

ANZ’s #equalfuture ad received a complaint for reinforcing the “us and them feminist culture of grievance”, adding that it's misogynistic towards males.

In the ad girls and boys do chores around the home. Oce they have finished, their parents pay them pocket money in return for their work. The girls are paid less than the boys and the advertisement poses the question, ‘does that sound fair to you’ and shows the children's reactions.

While the complainant says it is “extremely sexist” and a “misleading lie”, the ASB found the advertisement did not portray discriminating content.

ANZ responded by saying its additional super contributions to female employees “recognise the shortfalls” that face women and was a decision that was made based on research.

Auto services centre Ultra Tune is used to the ASB attention, often receiving complaints on its ads which use scantily clad women.

Its recent ad featuring women driving off a cliff and then being saved by men, prompted one complainant to say the ad is “a pathetic attempt at targeting their audiences by costing women their dignity”.

While the complainant felt strongly about the “objectifying” and “sexualised” ad, the ASB dismissed the concerns.

Do you think the ASB's rulings are fair? Comment below.