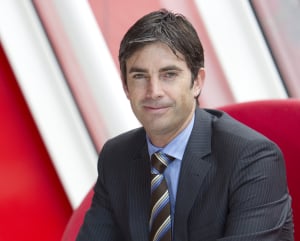 Toyota’s CMO Brad Cramb will exit the business after 22 years, with Wayne Gabriel stepping up to lead the automotive brand’s marketing team.

Cramb’s departure follows the closure of Toyota’s Sydney office and the consolidation of staff into its Melbourne residence, which was announced in 2014. Toyota says Cramb was unable to relocate to Melbourne and has since left the company.

Cramb has been in the role of CMO since 2013, working across campaigns including the award-winning Toyota Landcruiser Emergency Network.

While Gabriel is at the helm of the brand’s marketing, his role is referenced by Toyota as divisional manager of marketing.

Gabriel has been with the company for more than 20 years, working across its marketing. He was announced as the incoming divisional manager of marketing back in 2015 as part of the upcoming 2018 restructure to ensure a “smooth transition”.

So far approximately 20% of Sydney employees are relocating to Melbourne. The transition is set to be completed in 2018. When it was first announced, it was reported Toyota would be cutting 300 jobs.