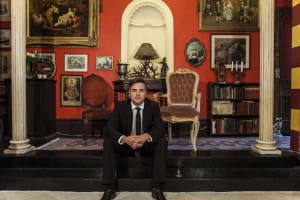 Lego is on the hunt for a senior marketer as Australia's top marketer Troy Taylor is exiting to take on a senior management role at Lego based in Hong Kong.

Taylor, who has been senior director and head of marketing for Australia and New Zealand for the past three years, will relocate to Hong Kong in May.

His new role is general manager of the Hong Kong, Macau and Taiwan business. Lego is currently searching for a replacement.

During his tenure, Lego Australia has won numerous awards including Media Campaign of the Year in the 2015 AdNEws Agency of the year Awards and three gongs plus the Grand Prix at the 2016 Media Federation of Australia awards.

Taylor also launched the first Australian Lego ad for Christmas 2014, and followed it with giant Christmas trees made of Lego bricks in Sydney and Melbourne as a way to get the bricks into people’s hands and drive excitement around the brand and its products.

Taylor also featured in the 2016 edition of the AdNews Annual. Read his essay here: A Marketer's Lens: Why is measurement stuck in the dark ages?