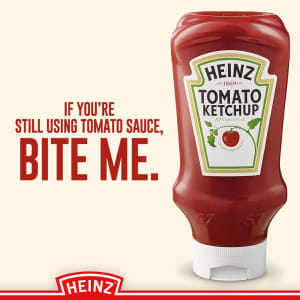 Two of the world's largest food brands, Kraft and Heinz have confirmed they will merge in a deal worth (US)$36bn, orchestrated by Warren Buffett and 3G Capital, which already owns 50% of the Heinz business.

The deal has no bearing on Kraft food products in Australia, since the brand is locally owned by an entirely separate company – Mondelez.

Kraft brands in Australia have no link to the global Kraft company which operates out of the US. Instead, it is owned and run by Mondelez, a separate company which emerged from the local spin-off of Kraft in 2012.

However, it is possible that the merger, which will apparently give rise to cost-cutting measures and international expansion, could affect local Heinz activity.

Only last week Heinz confirmed that it had selected Channel T for its above-the-line for its entire account, following a competitive pitch late last year.

Previously, Heinz had split out its creative and its digital and social work between two agencies, with GPY&R working intermittently for the brand from mid 2012 to early 2014. GPY&R confirmed it was not involved in the Heinz pitch.

Channel T executive director Paul Rhodes was unable to comment this morning, on account of the announcement being so fresh. At some point, the ripples of the merger are expected to be felt outside of the US where it is dominating headlines.

Heinz media buying continues to be handled by OMD.