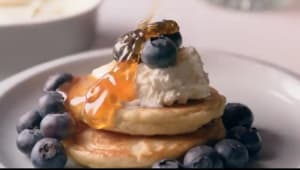 Brands including L'Oreal and Mondelez are seeing a direct sales jump of up to 45% from paid Instagram advertising, just months after the first ads rolled out.

Mondelez's Philadelphia Cream Cheese, has seen a 45% year-one-year increase in sales for its pour-over range, and a 10% boost for its heritage brand Sweet-Chilli Philly, off the back of a digitally-lead push utilising the social platform Instagram.

The FMCG brand was one of the first advertisers to join the social network and brand manager for Mondelez, Bianca Melky told AdNews that the campaign not only raised brand awareness and purchase intent but sales also increased off the back of those people who saw the ads.

“Looking at the hard facts of what actually happened in the market over Christmas really supports these results, we did launch some innovation coming into the campaign at a total pour-over level we saw 45% growth in our unit sales vs. a year ago,” Melky said.

“If we deep dive into what happens in our core, so the really mature part of our business the sweet-chilly bundle we saw a 10% lift in our volume vs a year ago, overall we were really thrilled with the roll Instagram played in our broader campaign.”

The ad was seen by 365,000 consumers on Instagram all within the brands target market and its organic followers grew from around the 200 mark to just under 3000.

In-spite of the success, Melky explained that it can still be daunting as a marketer to work on Instagram because it's not like traditional media where you create an ad and it flies off into the ether, you need to meet a certain standard in order to be accepted by the Instagram community.

“It definitely forces you to be really honest as a marketer. You can't be lazy on Instagram, you have to match the quality of the environment that you're in, which we loved the challenge of.

“Mondelez has really innovative ways to push the boundaries of our brands with our consumers we really relish the challenge to take it to the next level.”

Philadelphia Cream Cheese was one of Mondelez's brands that took part in the businesses mobile innovation lab, Mobile Futures, which saw Philadelphia create a mini-magazine for mobile and tablet readers. It was launched after 23 days and reached 75,000 people.

Mondelez as a whole is set to up its spend on mobile off the back of its Mobile Futures program.

Mondelez has previously told AdNews that it is likely to spend 20% of its budget on mobile, however the Philly brand is looking to spend more than that.

“Mondelez as a business has made a big commitment to putting more emphasis on digital rather than traditional media and each year it's my objective to increase that percentage of allocated spend in the digital space,” Melky said.

“We've really learnt in this year. I think we're up to about 40% of allocated spend being spent on digital. For us we recognise that a lot of the decisions around the purchases of creme cheese are made before someone walks into the store, so we need to get in front of them.”

Doug Fraser, head of marketing science for Instagram told AdNews that one reason this campaign worked so well was because there were clear objectives around the campaign as well as strong collaboration between all parties, being the brand, its agency partners and Instagram itself.

“I think what really went well for this campaign was in the very beginning we had a conversation about what the goal of the campaign would be, what messages are we trying to get across. The creative execution and brainstorming went really well to try achieved that objective and the measurement that we had off the back off it was clearly trying to measure those objectives.

“So the objective of the campaign, the success of the creative and the measurement, when they all align really well that's the recipe for success,” Fraser said.

Philadelphia Cream Cheese is currently in discussion with Instagram about further rolling out advertising on the platform.

Meanwhile, L'Oreal which is another of the first 20 or so brands running paid ads on Instagram, has seen a 35% uplift in sales following the campaign for Maybelline brow mascara.

Christophe Eymery, head of digital at L'Oreal in Australia told AdNews that the results outperformed the campaign that it ran in the US, adding that the brand is taking advantage of being an early adopter of Instagram ads to get the strongest results, saying that as more brands advertiser and more ads run on the platform – users are likely to engage less.

The ad campaign, he said, was mostly about reach, and it achieved the key measured it was after. It achieved ad recall lift od 22 points when the target group that saw the ad compared with a control group – reaching ad recall three times the industry norm – highest among 18 to 25-year olds.

In brand awareness, it saw a 16 point lift, and a 3 point lift in message association between Maybelline and brow products. The campaign reached half a million consumers.

Eymery said: “What we see in Instagram is a platform where people are extremely engaged and express a form of passion, which is the right context to then communicate and connect.
We have huge amount of production and creative assets. Then, the task and the challenge for marketing is to bring to life and in the best environment, in the best context.

“Users can be annoyed with brand advertising but at the same time when it comes to beauty, there’s a huge appetite to get advice and to get exposure to our beauty brands so it gives us comfort to actually go bigger in that space.”