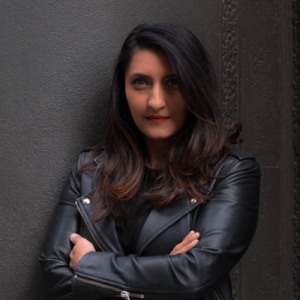 To succeed as a senior female in the creative industry you shouldn’t have to sacrifice anything, should not deviate from your job goals and it’s important to keep “chasing the work”, according to AKQA group creative director Resh Sidhu.

Speaking to AdNews, US-based Sidhu said working with great people and following good work across the globe is part of her advice to up-and-coming creatives, as well making sure you don't let anything distract you from career ambitions.

The multi-award-winning creative and British expat first cut her creative chops in gaming and music within graphic design and interactive art director roles between 1999-2010, before moving into an associate creative director spot at Lbi London.

With clients including Playstation, Xbox, Ubisoft, BT, Nestlé, McDonald's and Reebok, it wasn't long before Sidhu was pulled in for a stint at AKQA in London as creative director in 2014. Despite then leaving AKQA to become a virtual reality creative director at Framestore, with clients such as Warner Bros and HBO, Sidhu was later lured back to AKQA, only this time, in New York.

“You might go away and go somewhere else but you come back very quickly because there's a certain breed of human that goes to AKQA,” Sidhu said.

“You want to be challenged, you want to push and you want to create good work. So, my advice is to always chase the work wherever that takes you and take risks.

“I've taken some serious risks and it's like god, I've got children to worry about, but it's important to take risks because it's good for them to see that.”

You don't need to sacrifice for success
Sidhu said when VR happened she was “like a moth to the flame”, and that the subsequent move to New York was one of the best decisions she ever made.

With a 120-strong team in New York, Sidhu describes AKQA as being at the intersection of “science and technology”, and said the fact she left AKQA in the UK, and later returned, is testament to the agency’s culture, the people and the calibre of clients it has on its books.

The 1994 London-founded company, which in 2012 became a subsidiary of WPP, counts Nike, Volvo, Coca-Cola, L'Oréal and Converse among its top clients.

In Australia and New Zealand AKQA has 300 staff, boasts big brands such as Bunnings, NAB, Nissan, NBN, Caltex, Disney and Tourism Fiji and is headed up by managing partner across Asia Pacific, Brian Vella.

The brand name AKQA only landed in Australia in 2017, after WPP opted to rename its full service digital agency DT. DT was founded in 1996 by David Trewern in Melbourne, before being acquired by STW which merged in to WPP in 2016.

Despite there being few group creative directors across the advertising landscape, Sidhu argues that you don't have to make sacrifices to succeed.

As a female in the creative industry she urges people not to “sacrifice anything” and that having confidence is key.

“You’ve got to be confident in your ability, know how good you are and don't waiver from that,” she said.

“I can say that now because I'm getting older and I've done it. When you're younger, you don't necessarily see how good you are which is good because you've got to remain humble and always focus on the work, but have confidence in yourself as this can get you to absolutely where you need to be.”

On the balance work and life, Sidhu said it's about finding what fits for you and then trying to find an environment and a space that enables you to have that balance, which is “very important and it takes hard work”.

“I've never let any other facts that are happening outside worry or deviate me from that route.

Sidhu describes her role, in partnership with group creative director Dave Tupper, as helping clients look at the business problems and challenges they have and find creative and innovative ways that can “really disrupt and help solve these challenges”.

Challenges ahead and brand identity
Sidhu said one of the biggest challenges in the industry revolves around people struggling to define the relationship they have with their clients.

AKQA aims to partner with brands that are looking to ask the difficult questions, challenge the status quo and push to go where others aren't going and to create something that hasn't been done before.

“However the challenge right now is it's getting harder and harder to do that,” she explained.

“Remaining true to who you are and continuing to put out great work that moves brands and businesses forward, that's the ultimate goal.”

On the question of brand identity and how important this is to AKQA itself, particularly in light of WPP CEO Mark Read continuing to consolidate the network’s portfolio, Sidhu said it is incredibly important.

“Our purpose is what defines us and differentiates us from our competitors,” Sidhu said.

“Our brand and who we are and what we stand for has never been more important than ever, especially in a time when the bigger companies are swallowing up the smaller companies and we see such change.

“The the brands that would lead and stand the test of time are the ones that know their purpose and stay true to that purpose.”

In September last year WPP merged VML and Y&R to create new agency VMLY&R. In Australia, Y&R was known as GPY&R up until 2017 when it dropped the George Patterson name.

In stark contrast, in March rival agency Omnicom-owned DDB went against the tide of abbreviated agency names and opted to use its full name, Doyle Dane Bernbach, in a global rebrand to leverage its heritage and legacy.

AdNews met with Sidhu at the Adobe Summit in the US.