Is the cookie having an identity crisis or do advertisers need better ideas? 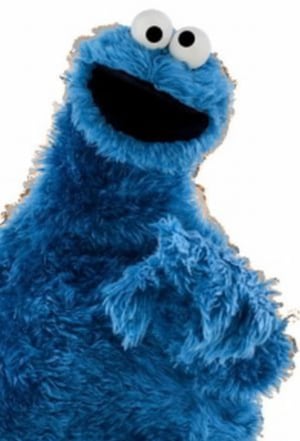 The online advertising industry, much like Sesame Street’s Cookie Monster learning to eat fruit and vegetables, is gearing up for the possibility of a future with fewer cookies.

Lachlan Brahe, the former managing director of Reprise, says it might be time for the industry to give the cookie a rebrand as it staggers through its current “identity crisis”.

“There's got to be a better way for us to do something to juzz up and give the third-party cookie a bit of a makeover,” he said, speaking on a panel at the Criteo Sydney Meetup.

The introduction of General Data Protection Regulation (GDPR) in Europe and more recently the California Consumer Privacy Act (CCPA) has sparked ongoing debates over the value of the cookie to both consumers and advertisers.

Cookies have enabled brands to provide more personalised advertising but have commonly led consumers to often feel “creeped out” at just how personalised these ads are.

Much of the new legislation seeks to hand more control to the consumer over how their data is used, however the industry argues is also simultaneously threatening the free internet.

Ana Milicevic, principal and co-founder at Sparrow Advisors, says that the importance of advertising to the free and open web is often forgotten or not understood.

“We as an industry have done a fantastically poor job of educating the general public on what is the value we bring and the value of the free and open internet,” she says.

“Who funds all the content that everybody consumes? Maybe we really need a branding campaign for ourselves. Maybe that's something we could think about mounting.

The wave a new data laws forming around the world have found their base in consumer protection but Milicevic says it is an easy cop out for legislators who haven’t thought of the ramifications.

“If I'm a legislator looking to score some easy points, I'm going to look to online advertising and say, ‘Oh, this must stop. We must protect the consumer from this mess’,” Milicevic says.

“These are really easy points to score and I can see a lot of people don't fundamentally understand how any of this internet thing works going down that route and that's really scary.”

While many in the industry are quick to point the finger at the legislators, UNlshd creative director Tom Eslinger sees it as a new door of opportunity opening up.

He says the industry should be preparing for a “cookie-less” future but that doesn’t necessarily have to be negative.

“We can talk about regulators not knowing what's going on with all of that stuff that goes along with it, but I also think that if cookies get taken away or that gets changed in some way, someone is going to have to figure out something better or cooler or something else,” Eslinger says.

“That's how we get seismic changes in things happening. What's going to happen to cookies is like in the States during an election. There's New York, there's Las Angeles and there's everything else.

“So, are we really that worried about it or do we just need to have better ideas?”