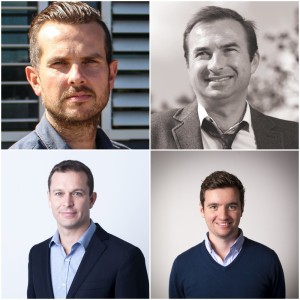 Facebook's launch of its new video content platform Watch globally has been met with mixed reactions from across the Australian media industry.

AdNews understands that premium publishers have already raised concerns around the 55 to 45% ad revenue split being offered by the social media giant, with further issue being raised around a capped cost per impression.

Brand safety has also been flagged, with publishers unable to control what advertising is shown in the pre-roll and mid-roll assets of their content.

AdNews spoke with media agency leaders to get their thoughts on the launch, ad revenue strategy and whether this was going to become a 'game-changing' new platform in the video content space.

"It's going to come down to content in the end. What have they really got and what's different about it that's going to attract serious interest from brands?"

Dawson is confident that Facebook won't be able to maintain the current ad revenue strategy for Watch in the Australian market for long, particularly if it is looking to attract premium publisher content.

"They're not going to keep that strategy, how can publishers get behind that? Facebook should be worried about its core business problem, which is what it's doing to society, not a video content platform," Dawson says.

Publicis ANZ head of content Patrick Whitnall says another issue that Facebook will come up against, particularly from those in the premium publishing space, is whether they are willing to lose viewership from their own streaming platforms for the sake of being part of Watch.

He says that the same issue can be said for lower budget content creators who have already built a strong following on YouTube.

"It will be interesting for premium publishers placing content on Watch. They would have usually placed it on a platform that they could monetise themselves, so to give that away and move content to Facebook would ultimately be drawing eyeballs away from their own portals," Whitnall says.

"It's unlikely that publishers are going to want to do that and whether they can even consider it a viable content strategy is hard to picture because it will essentially be moving viewers away from what they've been working to develop over the past five years."

Whitnall adds that media agency engagement with the platform will rely on content and audience.

He says Facebook needs to be confident that it can secure enough of an audience share in a short period of time to be considered relevant to brands, possibly by making a play for sports rights, similar to what they have done in other regions.

"If you look at what Facebook has done internationally, they've made plays for a lot of international sports rights, which is something that could easily work here as a way of getting a large amount of audience engagement right away."

For PHD Australia MD Mark Jarrett, the problem for Facebook revolves around whether the Watch platform can sustain an audience and stay relevant in the Australian marketplace.

"If you look at the US and some of the shows that they have commissioned over there, you can see that the shows that did 10 million in episode one only managed 200,000 a couple of episodes later," he says.

"It comes down to whether Facebook is a medium that people will want to watch these longer format shows and videos on and I'm not sure it is."

Jarrett says while there have been positives coming out of research from Morgan Stanley, which said 40% of Facebook users have used Watch, the mass audience drop-offs are too hard to ignore, particularly for those premium publishers who will need to invest significantly in their content.

"While there's no doubt that we'll look into what it can do for our brands and whether it can become part of our strategy, it ultimately will be based on the content and whether Facebook can grow the platform at the rate it wants too," he says.

"I don't know if it will be the environment Facebook hopes it will be, so the jury is out on this." 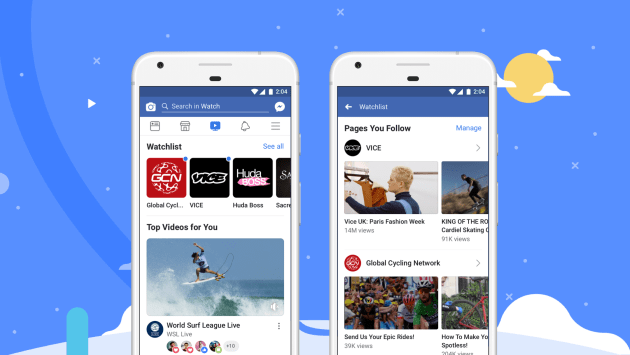 Mediacom Australia head of SEO and social Ryan Manning and biddable director Ryan Goldsworthy were more positive when it came to the launch, highlighting that the platform wasn't solely about attracting premium publishers but was more focused on "lower level" creator content.

It's certainly a more community and social network based positioning that is skewed far more toward the lower level creator content side, so I'm not sure Facebook is focused heavily on premium content producer," Manning says.

"Where we may see more premium content creators making use of the platform is as a 'tester' or 'teaser' strategy, using shorter form video to attract give viewers a taste of the offering, then adding a call to action to view the full content piece on its own platform."

Weighing in on the revenue sharing model Goldsworthy added that this wasn't a new development and that the broader industry had seen this with the launch of YouTube's model.

"The revenue model that they have chosen for the platform follows the same one YouTube launched, and subsequently dealt with when it first launched," he says.

"YouTube certainly copped some flack from the industry at the time for that revenue model in the beginning but it was so long ago that it became the accepted norm, so perhaps Facebook was just following suit."