How Tribe ambushed a $2 billion industry 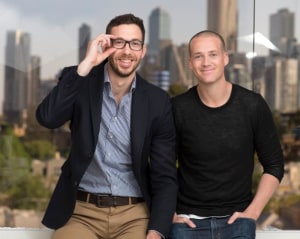 In three years, Tribe has facilitated more than 6000 influencer marketing campaigns, raised $5 million to expand into the UK which is growing 2.6 times faster than the Australian offering – and it shows no signs of slowing down, eyeing more of the European market.

Tribe has generated $6.5 million for influencers worldwide with one top influencer raking in more than $160,000 last year using the platform.

With offices in Melbourne, Sydney, London, Mumbai and Philippines and a team of almost 40 people, Tribe runs global campaigns and just this year, has worked with Facebook, Amazon and Apple.

It seems founder Jules Lund’s prediction three years ago when he moved from radio presenter to entrepreneur, that influencer marketing would become the advertising industry’s “golden child”, was on the money, with the industry predicted to be worth $2 billion by 2019.

But he still believes the shift from using celebrities to micro influencers, which are everyday people with smaller, but often more engaged followers, is in its infancy.

“Brands are starting to recognise that influencer marketing is more than just reach,” Lund says, adding that Tribe is seeing marketers shift from a focus on reach to instead focusing on the “content bank” they can access from influencers.

With 40% of marketers looking to increase their influencer marketing spend this year, Lund believes greater metrics provided through social media platforms will bring the channel even further “out of the shadows”, by making it more measurable and scalable.

“Social posts will be legitimised with rich insights so that brands can once and for all, measure and benchmark influencer posts against their other social advertising, and that will come in the form of paid partnerships,” Lund says.

“Influencer marketing still needs to break through to another point and that power is in the social media platforms to provide rich insights to broaden access to all users.”

He adds that often marketers overlook the full potential of influencer marketing with the ability to repurpose content for traditional channels currently being underutilised.

Tribe has been a trailblazer for micro influencers in the Australian market and is now doing the same in the UK, but Lund notes it is a much more competitive landscape.

“The competitive landscape in the UK was, in the early days, a gift and curse,” he says.

“The competitors in the UK had done the education for us. I spent two years in Australia just talking to people about the industry and category.”

Lund is now exploring new market opportunities with the US looking to be a frontrunner, accounting for 30% of influencer downloads despite no sales or marketing presence in the market.

Tribe had flagged Singapore as a potential market for its platform and has been rolling out various road shows in that market.

When asked if Tribe would sell to a holding company like Dentsu, which it does a lot of work with, Lund says he isn’t quite ready to sell up.

“We’d like an exit but it’s going to take a few more years to traverse the mountain. It’s tough and it’s a challenge to grow and build a team. You are building the plane as you are flying it,” Lund says.

Jules Lund is hosting a session at the AdNews Media + Marketing Summit on 4 May, turning the audience into a creative agency. Don't miss it - get your tickets here.