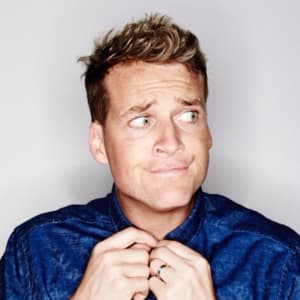 Influencer marketing is set to become the industry's golden child, according to radio presenter and social startup founder Jules Lund.

Lund today launched his own influencer marketing business called Tribe, a “marketplace” which allows brands to work with not only celebrity influencers but also citizen influencers.

He believes that influencer marketing is on the rise because of ad blocking which has already seen $22 billion dollars worth of ads blocked globally.

Speaking at GroupM's Mlab, Lund said: “Brands and marketers are going to look to integrate their marketing messages into content that can't be blocked.”

“[Brands] they'll be collaborating with collaborators that an audience actually welcomes into their lives because they trust what they have to say. There is a problem with that though, because brands only have access to 1% of those influences, and they have agents and as you know they are in such high demand so they can ask for a lot and deliver a little.”

Tribe classes as people who have more than 5000 followers or more on the platforms Twitter, Instagram and Facebook, as citizen influencers. The product has been in development for the past few years and sees brands and marketers now given access to some 250,000 Australian influencers who fit the 5000+ followers criteria.

Brands first put out a brief describing how much they want to spend and what they want their campaign to look like and creators can then respond. If the brand is happy they can approve the campaign on the spot and it then gets uploaded to the influencer's channels and they get paid.

Lund isn't alone in the venture, with former Shoply general manager – consumer Anthony Svirskis coming on as CEO and as well as strategy director at Havas Worldwide, David Gillespie and CEO and co-founder for Unlockd, Matt Berriman, along with others who are helping to assist with the strategic growth of the business.

Lund has been a social advocate for sometime, with Southern Cross Austero previously commissioning him to talk to media agencies about how brands can make the most out of social.

He previously told AdNews: “If you look at it like a language, traditional media can at times be formal but social is slang, it's street talk, so there are a lot of brands that are nervous about that,” Lund said.

While that can be dangerous in any medium, Lund said the problem is it doesn't work on social more than anything. Especially when using influencers to send out that message.