Have Bonds’ The Boys been shafted by another talking testi? 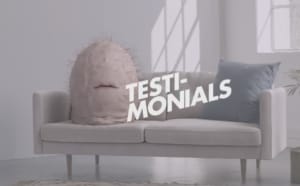 Our Judge & Jury takes a look at ads that are eerily similar to each other, coming to a verdict on who is the real advertising offender.

You might think we are nuts but there are some similarities between Cancer Association of South Africa’s (CANSA) talking testicle ad ‘Testi-monials’ and Bonds’ ‘The Boys’. The first chatty testes to hit our screens, The Boys, set a precedent that ball talk is fertile ground. Now, this judge has to put the ads head-to-head to answer the seminal question, have The Boys been shafted?

Two balls, one man, and a commercial that went down in history. The Boys knocked our Bonds’ socks off last year, giving viewers the unexpected (and unrequested) insight into a man’s underwear. BBDO Melbourne knew men’s undies wasn’t the most natural topic, so they made the conversation closer to men’s hearts – their balls. Off the back of the popular ad, CANSA and agency FCB Cape Town released its furry friend who speaks about losing his best friend Lefty to testicular cancer.

This judge was ready to give CANSA the full wrath of the penal system, but then thought, how would The Boys feel if their perfect pair was separated? CANSA is driving awareness to a worthy need, making sure men everywhere check their guys – a very different objective to Bonds. So, the verdict is the CANSA spot isn’t a total cock-up. But we’ll leave the ball in your court to decide for yourself.