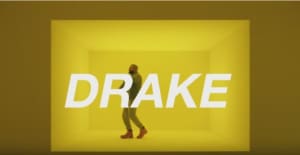 Love the T-Mobile ad starring Drake? We have some inside information that might change your mind.

AdNews received an anonymous tip that Drake’s T-Mobile ad isn’t as original as once thought. In fact, the Drake ‘Restricted Bling’ ad basically uses the exact same idea as an ad that came out eight years ago.

In the 2008 spot some execs interrupt Snoop Dogg’s musical flow and replace his R-rated rap with lyrics that are more prime-time friendly. Sound familiar? That’s because the concept has been reworked to now star Drake and his hit, Hotling Bling. The Super Bowl ad is the second most-shared ad of the big game, and has more than 30,000 mentions on social media. Does it deserve the hype?

This judge had to delve a little deeper into this case to reach a verdict. While researching we came across something that could explain this case; it seems T-Mobile UK and Orange UK underwent a five year merger, completed last year. This could explain the use of the friendly swapping of ideas between the two servers. However, the ad comes from T-Mobile US who are separate from the UK merger. The question is, I wonder how Snoop Dogg feels about Drake getting all the credit for his work?