Hannah Sturrock made partner at The Hallway 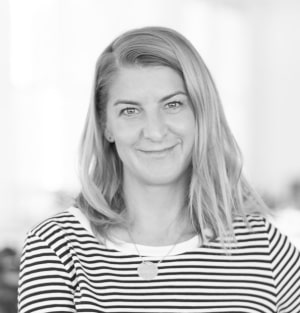 Hannah Sturrock has been made managing partner at The Hallway after seven years at the independent agency, AdNews can reveal.

Promoted from her role of group head, Sturrock now takes equity within The Hallway business, which was founded by Jules Hall in 2007.

Sturrock has been part of The Hallway's growth from the outset, joining the business in 2011 when it was just 10 people.

She's played a pivotal role in the growth of its Melbourne shop taking on the role of group head last year and splitting her time between both offices.

Within The Hallway but also in the wider industry, Sturrock has pushed for greater diversity and been outspoken on getting more women in leadership roles as part of the agency's work on The Agency Circle.

Her efforts in the diversity space, as well as her devotion to her team at The Hallway, were two of the driving factors behind Sturrock being named in the Top 30 Emerging Leaders for 2018.

Hall said the promotion is a recognition of the key role Hannah has played as part of the leadership team.

"Hannah is a superstar... Promoting her to the newly created role of managing partner is a reflection of her amazing talents and wonderful blend of strategic smarts and operational know-how," he said.

Sturrock, who has previously held roles at Leo Burnett and BMF, said she is fired up about the new opportunity and the future of the "fiesty independent agency".

"I'm a big believer in the magical powers of trust and integrity, so after seven years working with Jules and Simon, and establishing our awesome Melbourne team,The Hallway feels like much more than just a job," she said.

Want to read more about The Hallway? Read our profile on the indie here.