Why The Hallway is moving beyond gender diversity 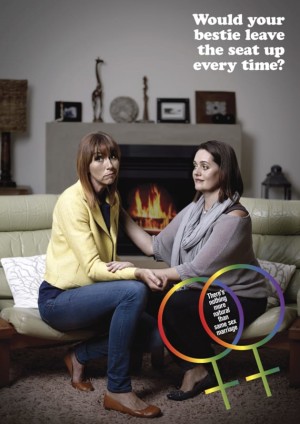 The Agency Circle isn't just about fixing gender diversity - although that has been a major focus since it was set up. It's about improving all kinds of diversity - cultural, ethnic, religious, age.

In case you missed it, a year ago 15 agencies across Australia asked every employee on the books to complete a survey about their experience in the workplace when it comes to diversity, and perceptions of diversity. It was part of The Agency Circle, which launched in 2016 in response to increasing frustrations around diversity, or the lack of it, in creative agencies.

AdNews talks to Hannah Sturrock, The Hallway’s head of operations, about how the indie agency has been using its survey results to make and measure progress.

AdNews: What has been your biggest area of focus since getting the results of the survey back, and why?

For The Hallway, our focus has been on the lack of ethnic diversity in our ranks, although we are a very international team.

We identify 85% White/Caucasian. We see Australia as a truly ethnically diverse country and we would like to see our team's ethno-cultural identity reflect this more closely.

AdNews: What numbers were you surprised to find? Were there any findings you were disappointed in?

We were surprised to see the very high numbers around how frequently in their careers (specifically within advertising agencies), our team have witnessed discrimination - particularly in terms of unwelcome comments and jokes.

Advertising agencies are very casual workplaces where tolerance levels are generally higher than traditional corporate environments, but the results very clearly demonstrate that humour is a disturbing disguise for discrimination.

AdNews: How has the survey helped the agency focus on improving gender diversity, and the working environment for staff?

The survey has shone a spotlight on how broad the issue is - beyond just gender diversity. We see this as a focus on diversity in its broadest sense, and the need to create an environment which attracts and retains people from all walks of life.

Saying that, we are acutely aware of the need for more balanced gender split in our various departments.

The Hallway is one of the few agencies in Australia with a majority female creative department.

We have 72% females in creative & design, versus 29% industry average.

This has clearly and confidently set a precedent that we hire for our creative team based on talent and potential, without falling prey to the usual unconscious bias.

AdNews: Can you talk about any specific initiatives you’ve put in place and actions taken as a result?

We have put in place flexible working for our team which has delivered higher levels of autonomy and work/life balance to everyone at The Hallway, but particularly to our working mothers who can balance demanding roles with child care commitments.

We have also provided mothers returning to the agency the option to work part-time and from home.

AdNews: Now that the second year of the Survey is coming around, where are you hoping/expecting to have made progress?

We would like to see improvement on how potentially vulnerable to discrimination our team feel around Age, Gender and Sexual Orientation.  It is our intention to demonstrate through career development and growth, that these factors should not ever effect our team's treatment or access to opportunities for progression.

Clued up on The Agency Circle? See here.

AdNews: Why is the agency participating in The Agency Circle Survey - what is it helping the industry do?

We are participating in the agency circle because we strongly believe that diversity, in its broadest sense, is particularly important in the advertising industry: Greater diversity of talent will result in a greater ability to generate ideas that truly connect with the diverse population of Australia.

We think the industry has to break ​ its narrow and homogenous approach to hiring​​ and look beyond the obvious talent pool to find ​ these  new recruits. ​ We believe that our participation in the Agency Circle can help us achieve this.​

Any agencies wishing to sign up, become part of The Agency Circle and take the survey so they can start benchmarking their own performance and progress in these areas should contact Emily Perrett at Clemenger before 1 September.

In 2016 as part of The Annual we asked creative agencies to create mock briefs using the brief (pictured above right): "We're not there yet. Create an ad that highlights the seriousness of the issue globally and for Australians. But pick for, or against". Check it out here.