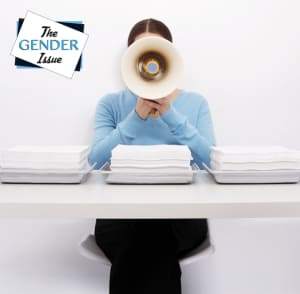 Saatchi & Saatchi’s currently suspended chairman Kevin Roberts’ may think he debate around gender diversity in the industry is over, but he’s in the minority. His comments may have opened up the row once again and highlighted that sexism, gender imbalance and bias are still prevalent in the top ranks, but progress is being made elsewhere. Ten Aussie agencies brought together by AdNews have banded together to form ‘The Agency Circle’, a group and charter designed to turn the gender and broader diversity debate into action and change.

It's an initiative led by ten Australian agencies who want to see real change happening in the Australian industry; Clemenger BBDO, Leo Burnett, The Monkeys, M&C Saatchi, Havas Worldwide, Whybin\TBWA, The Hallway, JWT, Ogilvy and VCCP. Together they’ve drafted a charter for diversity to which members will subscribe.

The charter, which has been jointly developed by the foundation agencies to tackle the gender imbalance in the industry, has been formed to act as a kind of gold standard that agencies can benchmark their progress against.

At the start of this year AdNews held a roundtable discussion with leading figures from agencies, both independent and networks, as well as media agencies and industry bodies to see what the real issues were holding back action, and to see how we could get the debate shifted from talking to doing. The discussion was prompted by two things: the backlash against Leo Burnett Sydney and the ‘seven white males’ and the discussion about sexism in the industry that flared up following M&C Saatchi’s burlesque-themed 21st birthday celebrations.

You can read the feature here. That first meeting spawned an idea for an independent group that would work together to share best practice and hold each other – and the rest of the industry – accountable for actually making progress.

The intention is for it to be a club that everyone is welcome to join – provided they commit to change and progress. Its purpose is to offer a network for agencies to tackle the problems they face, benchmark and importantly, report on progress made. Its promise is to drive action and tangible change. It’s not clear whether Saatchi & Saatchi locally has had conversations about being part of the Circle, and locally the agency has yet to say anything about the comments of its global chairman.

Those agencies that sign up to the charter must agree to certain principles, and most importantly be held accountable to them.

The initiative is spearheaded by Michele O’Neill, strategy partner at VCCP who previously worked on Interpublic Group's global diversity and inclusion branding out of London, while working at Lowe and Partners Worldwide. She said this week: “Diversity is a commercial and social imperative and the intention of The Agency Circle is to stop the talk and start the action.’

O’Neill’s hope is that it becomes ubiquitous across creative agencies. It could then expand to media agencies and other organisations.

Each of the member agencies will complete a survey that will run this month with the anonymised results collated and reported at a launch event in mid-September.

The aim is to use the findings, which will likely cover areas such as salaries, staff breakdowns, the number of women in senior roles, flexible working opportunities and ambitions for women in management roles, to benchmark and shape goals for the coming year.

Over the past six months the group has met monthly and Leo Burnett Sydney will host the launch event in September with leadership from all agencies, founding members and non-members, invited to share the insights and join the programme.
O’Neill added that the aim is to “quickly reach a point where membership is based on behaviours not rhetoric, you’re either in or you’re out.”

The Communications Council is not involved in The Agency Circle as its focus is on its own initiatives at a grassroots level such through AWARD School, but it has been a part of the discussions.

Clems Sydney is also working on a brand identity for The Agency Circle which will be revealed in due course.
AdNews is proud to have played a part in bringing together a group of influential people in the industry and in the formation of an initiative which has the potential to actually make change happen. Any agencies that would like to hear more about it are welcome to get in touch with AdNews editor Rosie Baker or directly with Michele O’Neill.

Read the AdNews feature that started it all here, which was part of a special edition dedicated to the gender debate.