'Great female talent is out there'; The Hallway boosts Melbourne with CX boss 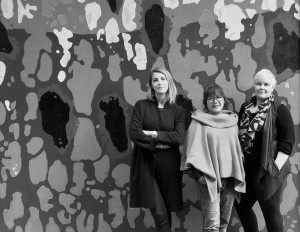 Independent agency The Hallway has bolstered its growing Melbourne team with the appointment of three senior execs to handle its business in Victoria.

The three senior appointments are all female, showing there is senior female talent out there. CEO Jules Hall says: "We are a proponent of increasing diversity in all forms in our industry. Great female talent is out there and we're proud to have so many smart, accomplished women on our senior team."

Following the results of The Agency Circle's diveristy survey, The Hallway recently revealed that its creative department is 72% female - a stark contrast to the industry average of 29%. However it said it still needed to improve its ethnic diversity.

Hannah Sturrock, formerly chief of operations, has been promoted to group head. She will split her time between the Sydney and Melbourne offices, where its presence is largely to service its ANZ Bank client, for which it focuses on the digital and direct business.

Having been at the independent shop for six years, Sturrock has been part of The Hallway's growth from the outset and will play a pivotal role in the growth of its Melbourne shop.

Jules Hall, CEO of The Hallway, says: “Hannah joined us when we were only 10 people in a little studio in Redfern and has been a big part of our success, helping shape our brand and our culture. She’s a natural leader and an awesome partner for our clients. She’s also an ex-Melbournian so handles the crazy weather and knows how to make a hook turn in the CBD."

Wilmari Pienaar joins the agency as CX director from AJF Partnership, where she was director of CRM and digital. She has also held senior strategic marketing roles in client-side technology, travel and retail businesses.

The agency says having a senior CX lead on board will boost its focus on designing holistic customer experiences that “deliver guaranteed marketing ROI”.

“We are so excited to welcome someone with Wilmari's expertise to our team,” says Hall. “She has a rare blend of deep technical knowledge combined with omnichannel strategic marketing experience. Plus she really understands the power of harnessing data to shape powerful customer experiences throughout acquisition and retention journeys.”

Tisha Lazaro has also joined The Hallway as senior art director. She has previously been in creative roles at Ted Horton’s Big Red and M&C Saatchi.

She was part of the female team of creatives and strategists who worked on the AFL Women campaign to promote the first year of the season, which took its inspiration from the iconic 1994 AFL campaign ‘I’d Like To See That’ from The Campaign Palace.

The Hallway is one of the largest independent agencies in Australia. Following the acquisitions of The Monkeys and The Works, all eyes are on The Hallway and whether it will be the next to be acquired.