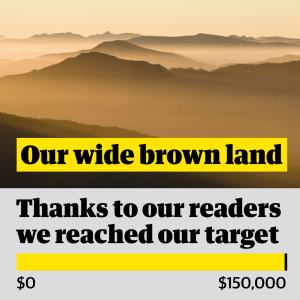 The Guardian Australia has hit its $150,000 target in its first local crowdfunding campaign.

The media company initially aimed to reach $50,000 but extended its goal after an overwhelming response.

The campaign, which launched in January, kicked off to fund a new editorial series on Australia’s neglected environmental issues.

The Guardian editor Lenore Taylor tells AdNews the successful fundraising round proves the voluntary contribution model is an effective revenue stream for the publisher.

"It demonstrates that our audience understands the current commercial crisis for quality journalism, and that our paywall-free, shareholder free model makes voluntary contribution a viable option," she says.

"It also shows that our readers are deeply concerned about environmental issues and the lack of good quality, science-based, investigative journalism in that area, which is what our research has indicated and also what our readers have been telling us."

Crowdfunding has been a successful revenue driver for the Guardian’s US operation with the media company running three separate campaigns last year.

Lenore says this campaign ran as a test to how it would perform in this market, adding there are no current plans to role out another crowdfunding initiative, but The Guardian will continue to explore new options.

"There are so many neglected stories still to cover, and we are thrilled to have the budget now to delve into even more topics with rigour and depth," Taylor says.