Gruen makes a return to TV 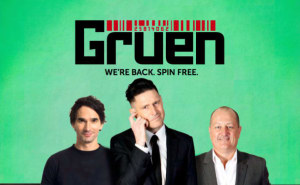 Everyone’s favourite advertising show will make its much-anticipated return to the small screen, announcing on its Facebook page a new episode is set to debut on 3 August at 830pm.

AdNews understands the show was supposed to return earlier this year with a focus around the federal election, but the announcement of the double dissolution delayed the show.

Anderson wrote on Twitter: “We wanted to [come back] but the early election f*cked us”.

The future of the show was called into question at the end of last year, with ABC management remaining coy on whether the show would be revived.

Gruen returned last year after a two year hiatus. The last season of Gruen was argued to be the strongest by TV critics, topping the entertainment ratings throughout its broadcast.

Fan favourite segment The Pitch is also set to return - where Australia’s top creative agencies battle it out over challenging briefs.