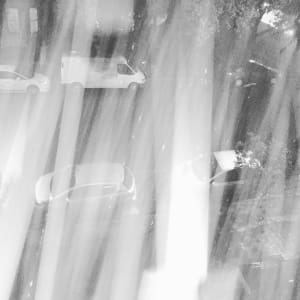 Viewability, the metric of ads which were actually viewable when served, is a hot topic across adland.

GroupM has partnered with Twitter to launch what it’s claiming are the first campaigns that measure viewability on the platform.

It is part of an ongoing partnership with Moat to launch its viewability beta program across the social site.

The move essentially means that Moat's tags will be on-boarded by Twitter, giving the agency and the clients that opt in, independent third-party evidence of the viewability metrics around Twitter ads.

The push is led by GroupM head of digital John Miskelly. Speaking to AdNews, Miskelly says it's important to get that third-party measurement in place - to be measured by someone who is not a media owner.

He said different publishers are at various stages in the number of viewable ad formats they can support, however they have all accepted GroupM's standard of a display ad being 100% on screen for one second (two seconds for video) to be classified and counted as a viewable impression.

GroupM says the effort, which is running across activity for retail client Kathmandu and Paramount Pictures, is part of its attempts to increase confidence in digital advertising, combat brand safety issues, ad fraud and viewability problems.

It will now be able to track viewability across Twitter ad products, and better measure the performance of Twitter activity against other channels.

Players can’t be the referees

Also speaking to AdNews, GroupM director of technical operations Timothy Whitfield, says the GroupM Australia viewability standard is deployed by default, at scale, into all its digital campaigns.

"This same standard creates a level playing field for Australian publishers like Fairfax Digital, Mi9, News Limited, Yahoo, MCN, and others," Whitfield says. It’s also the same standard we measure on Facebook, YouTube, and Twitter. To be 100% clear, it is GroupM’s standard and Moat’s methodology and measurement.

"Integrations differ from platform to platform (such as who hosts the code), but we use GroupM Standards and Moat measurement methodology in all cases.”

Miskelly's team has analysed 2.5 billion lines of viewability data a month for the past year and a half and is hoping to drive a new standard in viewability alongside publishers.

Miskelly says: “The importance here for GroupM is the fact that this is third party accreditation and it has to be; players can’t be the referees. This deep and independent insight into the data strengthens GroupM’s position in regards to viewability and will give our clients yet another unfair advantage to further boost the performance of all their campaigns."

Publishers and advertisers are united on the importance of being able to measure and define viewability, but it will continue to be a sticking point until there is broad acceptance and agreement on what it means and how to track it.

Earlier this year, following a global announcement, GroupM Australia announced its own definition of viewability pledging “100% viewability” of ads or advertisers don’t pay. By that, it means 100% of a digital display ad must be on screen and within view for at least one second to count as viewable.

Nine local publishers were revealed as partners, although the move drew criticism from across the market. Those were: Ninemsn, Fairfax, News Digital, Yahoo, Guardian, Mamamia, MCN, Inmobi and Carsguide.

None of the publishers at the time were able, or willing, to talk on the deal – with observers from elsewhere across the market quietly telling AdNews this was because no one really knew what they had signed up to, and had been pressured into it.

While some agencies wouldn't be drawn on GroupM's new Twitter move, speaking to AdNews, OMD's head of interactive, Dan Robins, says OMD applauds all parties in the industry who are trying to push forward the viewability agenda. He adds that while OMD doesn't agree with GroupM’s stance on 100% in-view, it is good to see Twitter making progress in the area.

Different technologies and ad units in use across publisher platforms also means that viewability tracking yields different numbers depending on what system of measurement is in place. Viewability is also not a guarantee that an ad has been seen by a consumer – merely that it was possibly for it to be seen, which makes viewability guarantees open to interpretation.

It’s important to note that one of the major issues in tracking and measuring viewability is that just because a display ad is not measurable – doesn’t mean that it is not viewable, and that it should not be paid for. The IAB was quick to point out that non-measured impressions do not equal impressions that are not viewable or are fraudulent.

Moat ads that it collaborates with Twitter to integrate Moat technology and it also enables them to host raw front-end code which helps speed up the integration.

"As with all partners, Moat enables partners to push additional data into Moat which enables unified reporting in one Moat dashboard. This includes partners such as Doubleclick, Grapeshot, Krux, Lotame, and others. Moat's ability to report data from platforms or publishers is separate from Moat owned measurement of those publishers or platforms.”