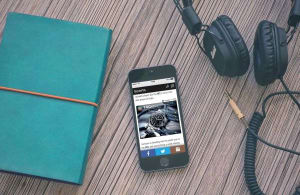 Viewability
This article first appeared in AdNews in print. Click here to subscribe to the AdNews magazine or read the iPad edition here.
GroupM, in what was widely believed to be an attempt to redress the balance after last year's transparency scandal, kicked off 2016 promising 100% viewablity on digital inventory when sold across a swathe of nine publishers including Fairfax, News Corp and Yahoo7.
All nine publishers have declined to comment on the deal, with some sources stressing that striving for such a high benchmark is “impossible to achieve”.
The agency's bullish move, 18 months in the making, follows IPG Mediabrands’ foray into a similar space last year (titled Project Quality), and a similar deal between Omnicom and Integral Ad Science last September. Omicom also has a global deal in place with measurement firm Moat.
Both IPG and Omnicom are still exploring various viewability options as well as issues around brand safety and ad fraud.

GroupM has also partnered with Moat. Its CEO, Jonah Goodhart, speaking with AdNews while over from the US, said he is “looking forward to making digital advertising better” and that the company is excited about the launch of its Sydney office.

Agencies are responding to demands from clients to guarantee their inventory is seen, but IAB CEO Alice Manners cautions that there remains “many technological constraints which make it tricky to trade on viewability”.

“On this particular market issue, we just felt there was an opportunity to create a standard that was more fitting of what our clients ask of us,” he said.

David McGrath, managing director of Kiosked APAC, which offers an ‘Advertising Automation Platform’ that also bills itself as being able to solve viewability issues, believes tackling viewability, in any shape or form, is inevitable.

“Digital has got to that point, technologically speaking, where it is playing catch-up to the advertiser’s needs,” he said.

“The client is saying ‘this is how we want to buy,’ so the agency has to respond to that. The pressure then goes back to the publishers and the ad tech companies meaning they will all have to come together to serve that product. We’re right in the middle of the evolution.”

GroupM’s move sits entirely at odds with the current industry-wide standard agreed and set out by the IAB, but GroupM isn’t the only agency developing its own strategy with regards to viewability, brand safety and ad fraud.

It's intriguing that the publishers have built a wall of silence, telling even. It's plausible their reticence to comment is owed to the difficulty – and uncertainty – that surrounds the implementation of the 100% viewability standard.

Not to mention the risk inherent in how 100% viewability will affect their beleaguered bottom lines. Some sources have even suggested this has simply been forced upon them and they will have to reconfigure to handle the brave new world.

GroupM technical operations director Timothy Whitfield admits, “1.5 billion rows of data had to be crunched before (the agency) could get the project going”.

Every publisher has a different tech stack and plugging that into an agency's system, interspersed with a third party measurement firm, is undoubtedly fraught with challenges.

One source, who has run a digital publishing network since 2002, is particularly despondent about the moves.

"Ad agencies are driving pricing to the bottom already through technology platform buying. Overlay this with supposed new viewability standards and adblockers and it looks pretty bleak for us."

Other issues to contend with, alongside the technological constraints, include how 100% viewability will work alongside programmatic, how it will play out between the positioning of homepage ads and run-of-network ads, and what it will mean for display versus video moving forward.

The conversation around viewability only begins here. Time-based 'attention' metrics are becoming a reality day by day and 2016 is looking to be a transitional year.

What do you think of GroupM's claim of 100% viewabailty? Comment below.