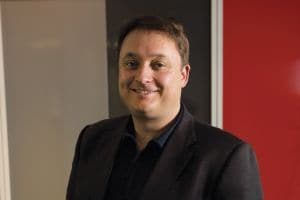 Dickens labels OzTam's launch of its Video Player Measurement (VPM) ratings next month as a “historic” moment for the TV industry.

“For the industry to collaborate together around the gold standard of OzTam proves once and for all the television industry is a 'TV-everywhere' industry,” he says. “To do that first in the world on a daily basis, beating the northern European and American television markets is just groundbreaking.”

VPM data is independently validated and audited, which Dickens says provides “confidence to the market that this isn't some third-party analytics tool”.

“The whole data source itself is audited by PwC because there are so many rogue third-party analytics tools out there. The two biggest providers of online video in the world have complete opaqness around defining streaming,” he adds.

“We need to provide visibility to the advertising marketplace about what a stream is. We've done the hard work on this and the other players in the market, like YouTube, Facebook and others – they should do the same and open up their analytics... I'd strongly urge any advertiser looking to do any advertising online to ask the questions around independent validation and independent audit.”

The main benefits of the VPM ratings system to advertisers is that CMOs and the CFOs will have certainty over the penetration of their multi-platform advertising spend, Dickens adds.

“Their marketing budgets are in safe hands when they make a multi-platform investment across screens, as are most of our partners and sponsors for Seven's tennis,” he adds. “The old business cliché is if you can't measure it, you can't manage it - and without a VPM, we have understandably faced increasing commentary around what is happening to television.”

For broadcasters, the move towards catch-up and live streaming is intesifying with Nine Network launching its 9Now catch up service yesterday. Network Ten last week expanded its live streaming on Tenplay to include Family Feud and programming between 4.30pm to 7.30pm, while Seven has reported record streaming audiences for its Australian Open coverage.

Dickens says capturing ratings over a catch-up window - regardless of whether the market adopts a seven-day or 28-day period - could encourage broadcasters to publish video online first, such as when Seven put up X Factor online first last year and SBS recently posted the first episode of The Family Law on Facebook.

“All of a sudden there is an independent measurement of return on investment from doing that rather than just a marketing benefit,” Dickens says. “The next stage for VPM is to put demographics of people behind the number, it's not a demographic driven metric yet.”

Evolving VPM reporting to cover demographic data could require a combination of viewer data capture and modelling. For example, to enjoy the whole Seven tennis experience requires users to hand over personal information and 9Now is also behind a registration wall.

Dickens expects data capture to become the norm for all online services, with research showing younger generations are already less guarded over giving up personal information.

“I believe that is going to be the centre of what the internet will become over the next five years. Basically, if you are unwilling to declare yourself as a person behind a product then you will get a very different experience," he adds.

"As we move towards mainstream attitudes towards adblockers or access to VPNs or any form of disruption, then content owners will undoubtedly tell us 'you need to tell us who you are before you access these services'. It's not a paywall but effectively a registration wall.”