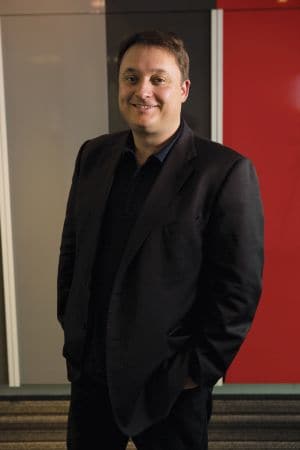 Clive Dickens has been holding the digital reins at Seven West Media for five months and during this time there has been more than one stone thrown at the media behemoth that is TV.

GroupM's, chief investment officer, Danny Bass came out swinging telling the Australian Financial Review that over the next few years the “model breaks” for TV. In the same week Citigroup released a report showing the Free-To-Air (FTA) sector’s advertising growth is heading for zero.

Speaking to AdNews, chief digital officer, Dickens said the Citigroup report was based on fact and that if you were a broadcaster just relying on doing things the way you always have then, as the report says, there's no growth coming your way.

“If you're simply expecting to get a return on investment by distributing your content in the way that you always used to, including broadcasting, and then you’re not going to survive for much longer,” Dickens said.

“People do want to enjoy that [content] on multiple screens and therefore bringing people back to peak time on a broadcast screen is definitely the most effective business model now, but it's not the only one,” he added.

Dickens said there is no denying that the ad market for FTA is flat, however it would be incorrect for media buyers to see those numbers and then think that overall time on screens, and therefore access to viewers, is down.

“The amount of money that is invested on reaching audiences through a broadcast screen, that is flat, but the reality is the business of screen time, the business of watching television, either in minutes or in revenue, is far from flat,” he said. “The point I’m making is, if we didn't have investments in those other screens and those other products then Citigroup's forecast should be something that should be read as gospel.”

“When an agency makes a comment about the model being broken, that's a misunderstanding, because they're using that same data to call out the trends rather than referencing the fact that there are more screens in existence. There is more time spent watching screens that ever before and most of the great content owners in the world are able to bring content to those screens,” he added.

For more on AdNews' chat with Dickens subscribe to the next issue of AdNews out on 15 May. Or catch-up instantly on your iPad here.

Dickens will also be speaking at The Media Summit on 22 May, see him along with Qantas' Olivia Wirth, Telstra's Joe Pollard and top media honchos Danny Bass and Mat Baxter. Book your tickets now.