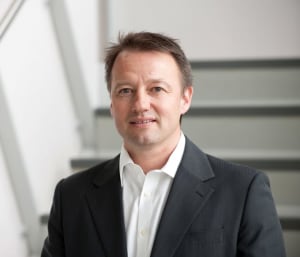 The highly anticipated OzTam Video Player Measurement (VPM) Report will be launched on 7 February 2016. This means the first weekly ratings data for catch-up video content will be released on 14 February.

The VPM ratings are the first official measure of internet delivered content on devices including tablets, smartphones, smart TVs, desktops, laptops and games consoles. On initial launch, the VPM report will cover catch-up content, with live-streamed data from broadcast partners to follow in about a month's time.

The report recognises changing viewer behaviours and should provide a more accurate measure on how well programs are performing outside of broadcast timeslots.

OzTAM CEO Doug Peiffer tells AdNews it's important for the market to understand how viewers are viewing content, using other devices and how these beahviours are changing.

"Broadcasters are putting more content across different devices, and not just catch up, but live now as well. From a broadcaster perspective and agency/advertisers perspective, they need to understand how viewers are adapting and using these services.”

Two years in the making, OzTam has been working in partnership with Nine, Ten, Seven, ABC, SBS and Foxtel to collect millions of minutes from video players each day.

"The VPM ratings are census-level ratings. Because they are plugged into the code of the broadcast player, it calculates minute-by-minute information by device level - which devices are watching and how long they watch," Peiffer explains.

“This is what has taken us a bit longer [to launch the system]. You have to put this piece of code (known as an SDK) into the video player itself. You then have to put it in across all the different device types, such as Android and iOS, and other browsers. It's not just one code you stick in but across each of these different platforms."

The first phase will include census-level data, which means it covers eveyone who views content from a broadcaster's player. This differs from TV ratings which are drawn from a panel of 3,500 households.

Within a month of launch, 28-day reports will also be provided and device specific reports are expected by the end of Q1. Next year, breakdowns on demographics are expected to be released, which Peiffer says will require a combination of viewer data capture and modelling. The final phase will be integrating TV ratings with VPM.

The VPM ratings approach is similar to attempts in the UK, which recently released its BARB ratings, and the US's Nielsen total content ratings.

Where the Australian system is superior is the breadth of coverage, with a higher proportion of broadcasters signed up. The UK has more detail on device breakdowns and the US is using Facebook to gather demographic data.

Shows that rate strongly on TV are most likely to profit from VPM ratings, OzTam analysis finds.

"It looks like the highest rating programs do quite well, but some dramas continue to attract additional viewers every single day, some of the soapy-type of dramas," Peiffer explains.

However, television is still the most popular way to watch content, with VPM ratings predicted to only account for up to 2% of the overall pie.

"There are programs that are going to see double-digit increases in their audiences. Some could do a 10-20% lift in their ratings," Peiffer points out. “For advertisers it's another opportunity to get an ad in front of the consumer.”

More information on the VPM report can be found on the OzTam website.